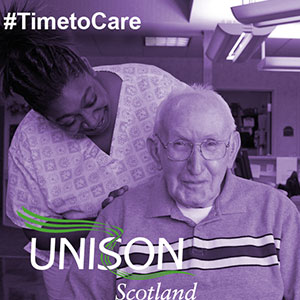 • The Scottish Living Wage of £8.25 (£8.45 from 1 May 2017)
• Fair working conditions
• An effective voice for staff when negotiating with your employer
• Secure working arrangements
• Opportunities to advance your career in social care

All this should be embedded in the revised funding of the organisation you work for. Complete the survey and tell UNISON what’s happening ‘on the ground’.

Update at 21 December: The Scottish Government has identified £100 million to enable the increased rate of £8.45 per hour to be paid, from at least the 1st of May 2017, to care workers supporting adults in care homes and care at home / housing support settings and should now include, where it hasn’t already, adult day care workers and personal assistants through arrangements made where care is provided.

Sleepovers: In addition the Government and COSLA statement says: “as minimum sleepovers are compliant as per HMRC guidelines. As stated before, this is for a transitional period with the ambition being that all hours be paid at the rate of the Living Wage… We will continue to support partnerships and providers in reforming sleepovers and looking to sustainable models of care based on improving outcomes for individuals. As part of the resource for Living Wage £10m was identified for sleepovers.” Progress will be reviewed throughout the year.

If you work in social care and are not being paid the Living Wage – or if your terms and conditions have been altered as a result of receiving the Living Wage – then you need to let us know.
Click here to tell us about it right now using our fast survey.

29 September 2017
UNISON is working hard, with employers across Scotland, to ensure that social care staff’s pay is compliant with the National ...

Violence at work is not ‘part of the job’, says UNISON

21 September 2017
UNISON Media Release Violence at work is not ‘part of the job’ says UNISON as it launches a new health ...

There is little direct monitoring of home care services by councils, says UNISON

13 March 2017
Direct contract monitoring of service users is very limited and very few visits are made to check service users are ...

15 February 2017
UNISON, Scotland’s largest public service union, has hit out after an announcement by the Scottish Social Services Council (SSSC) to ... 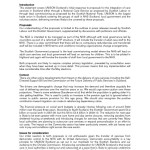 19 March 2011
This statement covers UNISON Scotland’s initial response to proposals for the integration of care services in Scotland either through a ... Read More

A Strategy for Self Directed Support

19 May 2010
UNISON Scotland is committed to the principle of the right to independent living for all care users. We therefore welcome ... Read More 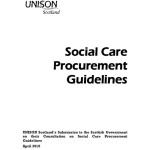 3 April 2010
UNISON Scotland welcomes the publication of Guidelines on social care procurement and can support some aspects of them. However, we ... Read More 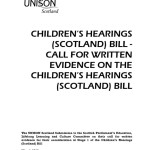 19 March 2010
UNISON Scotland wants to commend the consultation process which has taken place in the period since the last Draft Bill ... Read More 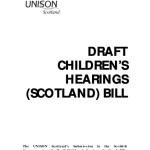 10 August 2009
UNISON Scotland has serious concerns at the effects this Draft Bill would have on our members’ ability to protect children ... Read More 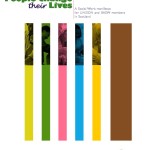 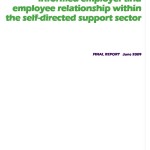 10 June 2009
SPAEN and UNISONScotland interviewed a small number of people who use direct payments to employ personal assistants and a similar ... Read More 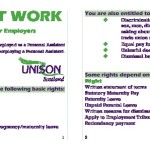 31 May 2009
A guide to your basic employment rights when employed as a Personal Assistant and your responsibilities if employing a Personal ... Read More 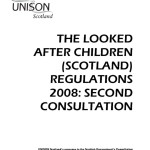 10 January 2009
UNISONScotland believes that many of the requirements in the consultation are consistent with good practice. There will be resource implications ... Read More 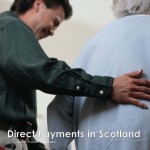 1 May 2007
UNISON, Scotland's public service union, announced on 1 May 2007 that it has agreed with a number of key Scottish disabled ... Read More