OUT 3: Are you a good trans ally to people at work? 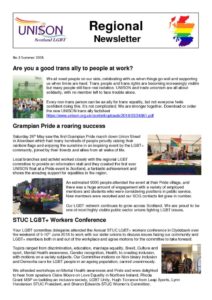 OUT 2: Scottish Events and National Meetings 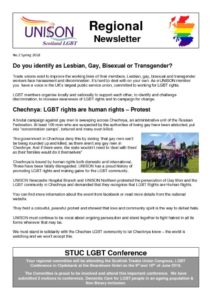 Your OUT 2 newsletter covers Scottish Region Events & National Meetings, as well as... Do you identify as Lesbian, Gay, ...
Read More
16 May 2018 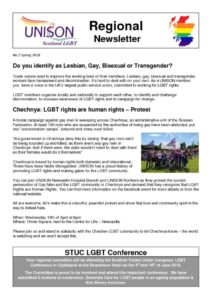 Response to The Review of the Gender Recognition Act 2004 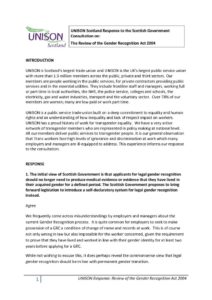 UNISON has a proud history of work for transgender equality. We have a very active network of transgender members who ...
Read More
9 March 2018 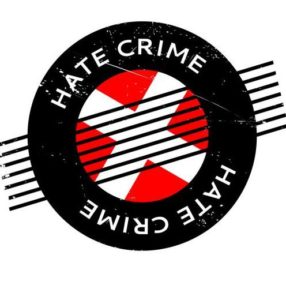 OUT 1: LGBT group celebrates the Recruitment and Organising Award winners 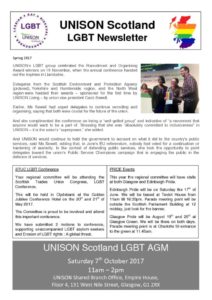 Your OUT 1 newsletter covers UNISON’s LGBT group celebrating the Recruitment and Organising Award winners, when the annual conference handed ...
Read More
16 May 2017