For years now public service workers have seen their pay held back by government in the name of austerity. First a freeze then a cap, resulting in public sector pay, across the UK, rising by just 4.4% between 2010 and 2016 while the cost of living rose by 22%.

That’s no way to treat hardworking people who play such a vital role in looking after us and holding our communities together – keeping us safe, healthy, educated, and cared for.

Governments, both in Scotland and UK, are now under real pressure to scrap the 1% cap on public sector wages and UNISON is leading the fight to get you the pay rise you deserve.

And more and more people are listening and supporting our Pay Up Now! campaign.

Now it’s up to us, in UNISON, to keep that pressure on until we get:

We can’t miss this opportunity. They won’t pay up if we don’t speak up. So, please get involved in our campaign and help us win by keeping the pressure on to scrap the cap.

We are expecting thousands of members, supporters, friends and family from across Scotland, so please get along if you can.

Assemble at 11am (not 11.30), Johnston Terrace, Edinburgh. The police have requested we bring forward assemble time half an hour to 11am as the march has to set off at exactly 11.45am.

Social media hashtags: #scrapthecap, if you can’t make the march posting photos and messages of support.

Local transport: contact your branch for all questions about travel to Edinburgh. And check local branch websites.

Lastly, if you want to help carry balloons, flags, banners or placards make yourself known to organisers and we can help. We will also have supply of UNISON tabards and kagools (lets hope we dont need them)

Look forward to seeing you on Saturday.

Posters to publicise the Pay Up Now! March and Rally in Edinburgh on 7 October. 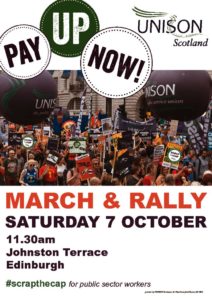 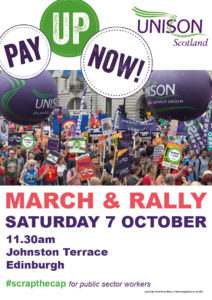 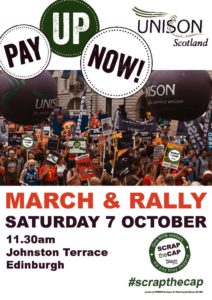 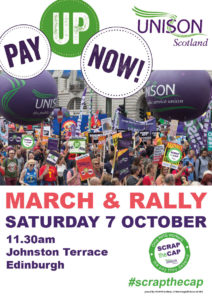 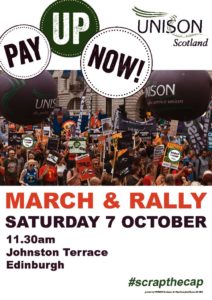 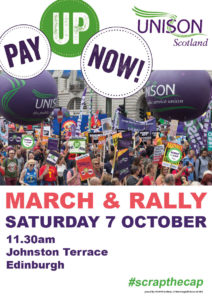 PAY UP NOW! leaflet and poster

More reources can be found on the UK UNISON website  Pay Up Now! campaign page. Scroll down and click on Resources. Below is a leaflet and poster for Scotland. 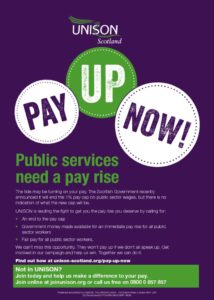 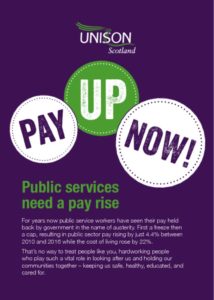 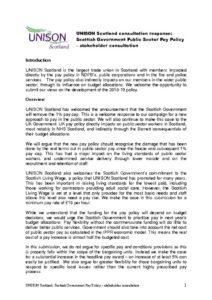