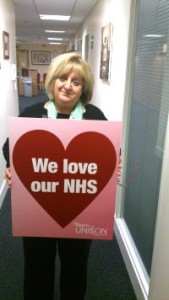 In Scotland, Cabinet Secretaries and Ministers are responsible and accountable to Parliament for the overall running of the NHS in Scotland. The Health and Sport Committee is the main committee dealing with the health aspects within the portfolio of the Cabinet Secretary for Health and Wellbeing and his/her deputies.

The NHS in Scotland is predominantly run by the 14 area NHS Boards which are responsible for the planning and provision of heath services for their local populations. The Boards are accountable to Ministers and thus to Parliament. There are also a number of ‘Special Health Boards’ which provide services on a national basis e.g. Scottish Ambulance Service, NHS 24 Scotland.

Futher information about the structure of the NHS Scotland can be found here:

UNISON Scotland and the NHS

The National Health Service celebrated its 70th anniversary in July 2018. For seven decades, NHS Scotland has provided everyone with access to health care free at the point of use, funded by general taxation. The NHS has undergone many changes throughout its history, and continues to face challenges, but it remains vital to the lives of the whole population.

UNISON is proud of our NHS – we care passionately about the future of the NHS as a publicly funded service that is free at the point of delivery.

The nearly 60,000 UNISON members who work in NHS Scotland, and many more in local government and the voluntary sector, are key and committed players in the teams delivering the nation’s health, and all of our 160,000 members, their families and their communities benefit from the public health ethos of the NHS.