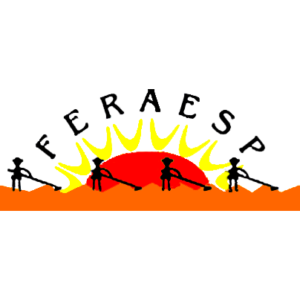 They will spend 10 days visiting occupied settlements and meeting with rural workers and the union FERAESP, gaining a good insight into the work and projects going on in Araraquara and Bela Vista.

Kaila has a degree is sustainable development; she works as a valuer for the Shetland Valuation Board so is directly involved in property tax issues. Louise works for SEPA has an MSc in Environmental Management. She has a significant background in water regulation and in broader environmental protection. Both live on Shetland so have insight in to the challenges facing remote communities, particularly communities linked to oil/fuel multinationals.

On return from the field trip, Louise and Kaila will be submitting a bid to the UNISON International Development Fund to hopefully bring financial support to these fragile rural communities.

During their field trip Louise and Kaila will be blogging to keep members up to date.

Background
Strathclyde University’s Human Resource Management and Mechanical and Aerospace Engineering Departments have a relationship with Federation of Rural Workers of the State of Sao Paulo, Brazil (FERAESP) and the University of Sao Paulo. They work together to promote sustainable economic development in rural communities in Brazil and Scotland. The Engineering department have been helping with micro energy generation systems in Brazil. A more detailed description of the joint work between Strathclyde University and FERAESP is provided in the Appendix.

In September 2016 Sam Macartney, Chair of the International Committee and Simon Macfarlane, Secretary met with Dr Brian Garvey of Strathclyde University and Alcimir Carmo, Press & Communication Advisor for the FERAESP. Alcimir explained agricultural workers in Brazil are massively affected by automisation, which reduces employment and makes what remains more unstable and by exposure to toxic agricultural chemicals.

FERAESP is involved in the landless movement and has supported communities of agricultural workers to occupy land and build sustainable off grid communities. In Brazil the constitution conveys a social as well as economic right/responsibility on land so there is a process whereby occupied land can over time become legitimately collectivised.

One of the drivers for automisation and the soaring use of agri chemicals has been the amount of land turned over to the production of biofuels such as ethanol, often by British companies such as BP or other companies that also operate in the North Sea. So much land is now dedicated to non food production that Brazil has to now import corn, beans and cooking oil, all which are all stapes of the diet and were previously exported from Brazil.

Labour law in Brazil is very restrictive, previous progressive governments didn’t manage to reform it and it is now likely to become more restrictive under the government of the right wing parliamentary coup. One of the issues is that unions are not allowed to organise on a pan Brazil basis but must be at state level, making for a large number of sate based unions. In response to the poor and dangerous employment prospects faced by their members FERAESP have been helping members to occupy land and build communities. The food produced on occupied land is far healthier and safer and the workers are not exposed to toxic chemicals.

Whilst women are often leaders in the communities there is recognition that within FERAESP’s structures more could be done to support women activists and to ensure they are part of the leadership. This is an area in which the International Committee believes there could be a partnership between UNISON and FERAESP

Brazil consumes 20% of the entire agri chemicals in the world. Larissa reports that in Brazil the permitted safe level of Glycophosphate is 5000 times that of Scotland. Larissa has done extensive research in to the correlation between agri chemical use and suicides, infant mortality and other key indicators. Subsequent to this meeting Larissa has been put in touch with Louise Giblin from the Scottish Environment Protection Agency branch of UNISON.

UNISON Scotland has been centrally involved in the Trade Justice Scotland Coalition originally formed to oppose TTIP. One of the themes of TTIP and similar agreements has been to reduce regulation on chemicals and health and safety. In Brazil the increase on agri chemical use has been impacted by ethanol, in Scotland UNISON is opposing fracking due to the environmental impact that will have locally and globally. Larissa’s research illustrates the dangers of neo liberal approaches to chemicals and safety and is helpful in illustrating the dangers of the Tories rushing to sign free for all trade deals post Brexit.

This video shows a bit of the work the Strathclyde University partnership has been engaged in so far: http://www.workandglobalisation.com/.