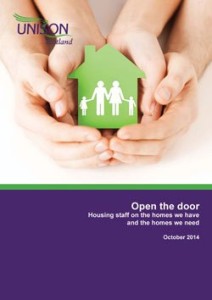 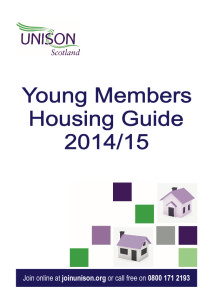 Whether it's renting social housing, becoming a private tenant or buying your own home, entering the housing market for the ...
Read More
28 February 2014 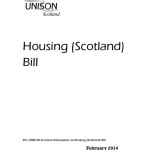 The main issue for housing in Scotland remains the shortage of homes. In our document Funding and building the homes ...
Read More
19 February 2014

Making Homes for a Fairer Scotland 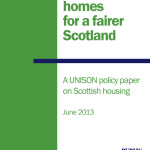 Housing is a key policy are for any country that aims to reduce poverty and inequality, and their long-term effects ...
Read More
6 June 2013 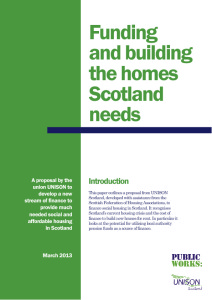 Funding And Building The Homes Scotland Needs - Mar 2013 A proposal by the union UNISON to develop a new stream of finance ...
Read More
25 March 2013