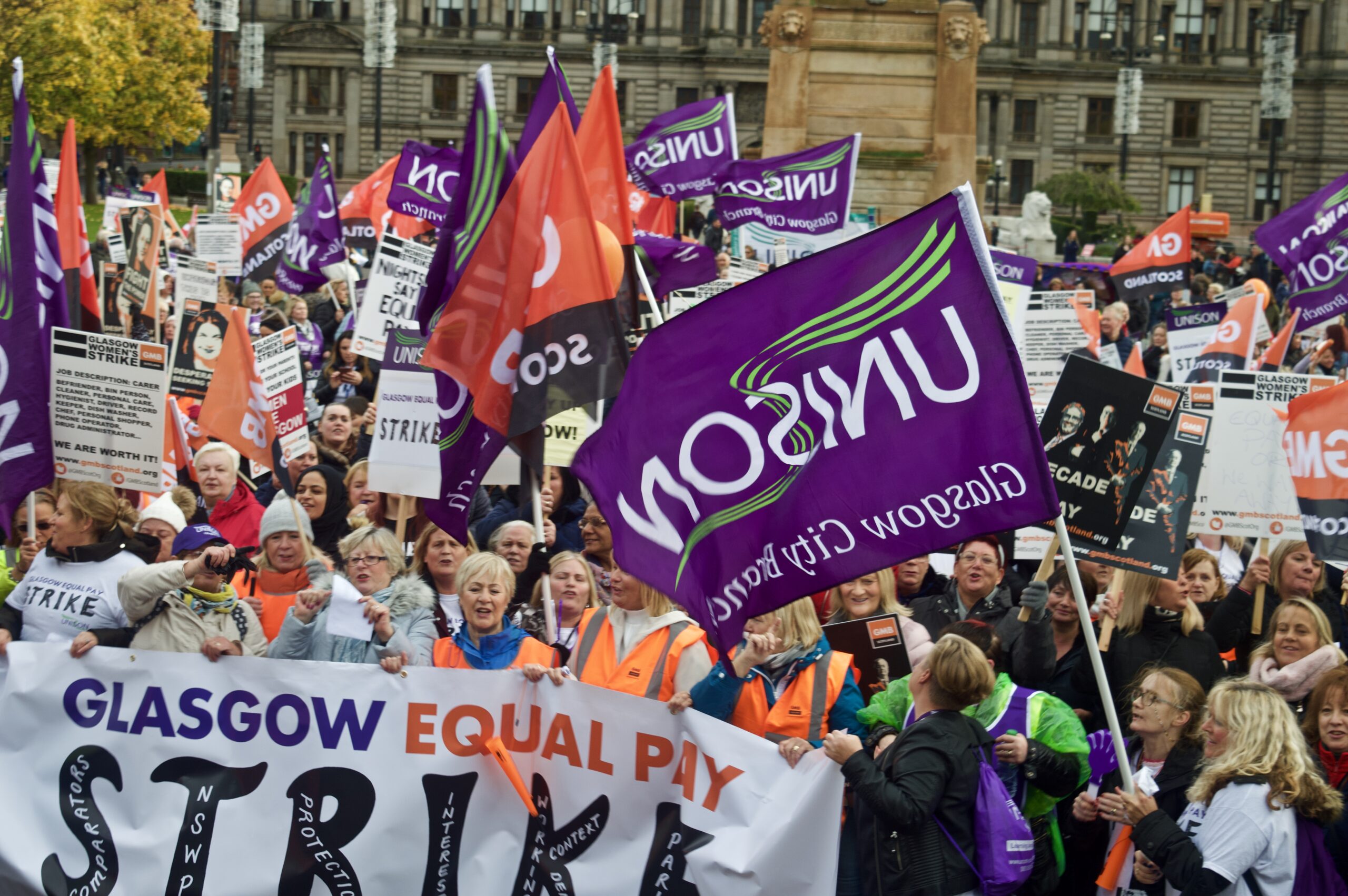 Over 10,000 women will march from Glasgow Green  to George Square on Tuesday 29 March to demand equal pay justice and an end to discrimination in Glasgow City Council.

Women will leave Glasgow Green McLellan Arch at 12pm march up the Saltmarket, along Ingram St, past GOMA on Queens St and into George square for a rally.  Key speakers will include Christina McAnea, UNISON general secretary.

Tracey Dalling, Scottish secretary said: “Women in Glasgow are battling to secure not just fairness in how they are regarded within society but equal pay for the critical roles they play in our communities. Without them our schools won’t be clean, our kids given a hot dinner and supported as they learn. Our most vulnerable in society won’t have care in their  homes as they live out their lives. I am in awe of their resilience as their fight continues. They are the UNISON Scotland we aspire to be. I hear them loud and clear and will stand with them as they strike for equality” 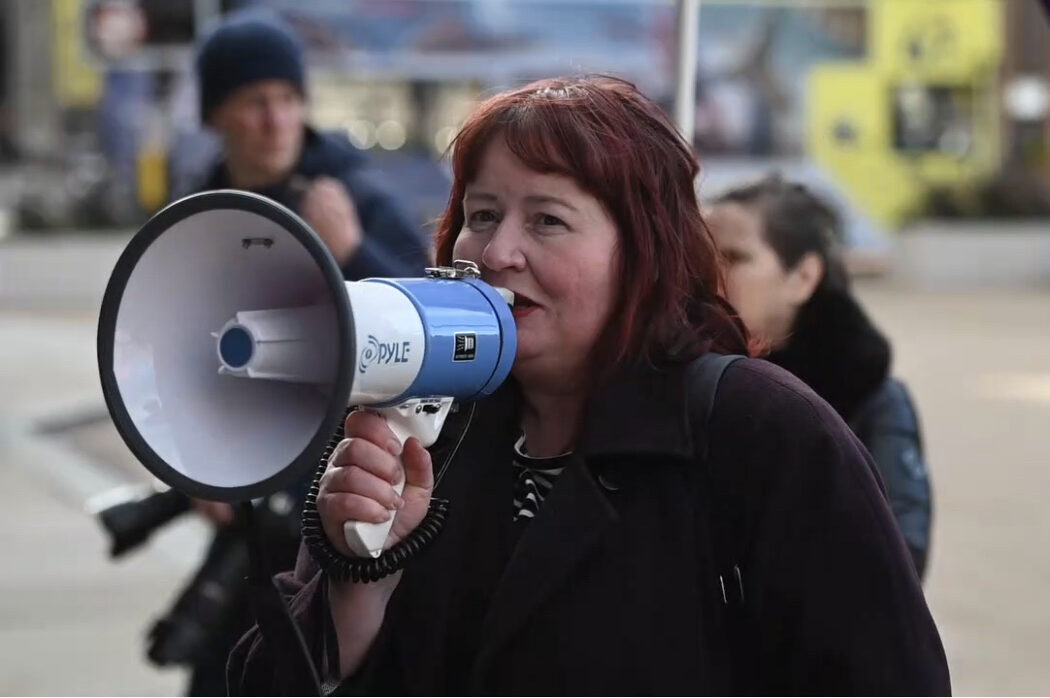 Mandy McDowall, UNISON regional organiser said: “Millions of pounds of unpaid wages is owed to low paid women of Glasgow. It’s a scandal that they are still waiting. The council need to come forward with a settlement. This is discrimination and colleagues have died waiting for their unpaid wages to be paid to them. It’s not unreasonable for women to say they have had enough.

“We understand this is difficult for the council, its why we are trying to talk to them. But women have been forced to fight for over 15 years for their rights. They work in hard, vitally important jobs like homecare, educational additional needs, residential care and cleaning. Glasgow city council have had ample time to find a way to pay them – like other councils have. They need to come back to the table with a final settlement and end discrimination in the council once and for all.” 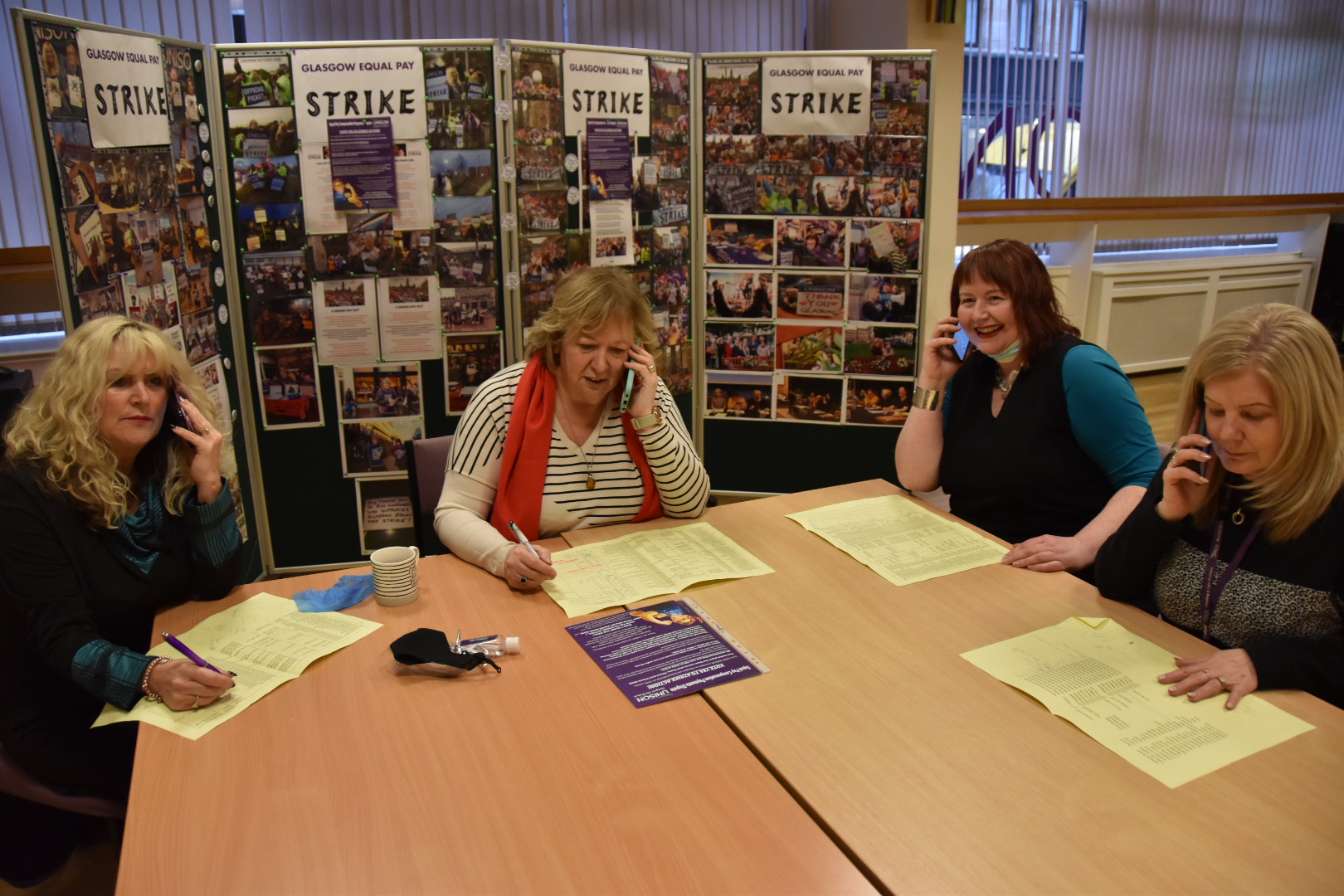