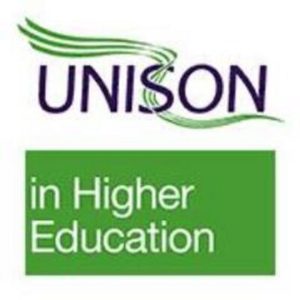 University workers vote 2-1 for strike action, but ballot does not meet the threshold for legal strike action.

University workers in UNISON have voted for strike action to win higher pay, but did not pass the threshold on turn-out required by trade union laws.

Around 66% of members in England, Wales and Scotland who took part in the industrial action ballot voted for action, but the turn-out did not meet the 50% of all eligible voters required by the 2017 Trade Union Act before legal action can take place.

UNISON head of higher education Ruth Levin commented: “Yet again, the anti-trade union laws have stopped our members being able to take action in pursuit of an improved pay offer.

“With the real-term value of pay having fallen behind over the past 10 years, this is an unjust situation.

“University support staff are working harder and harder, yet their pay is failing to keep up.

“UNISON’s campaign will be on-going in defence of decent pay, terms and conditions and decent jobs.”

The union’s higher education service group executive will meet on 5 November to consider the outcome and future developments of this ballot and separate pension related ballots in some universities.

There is also a ballot on the national pay claim taking place in Northern Ireland, which closes on Tuesday 5 November.