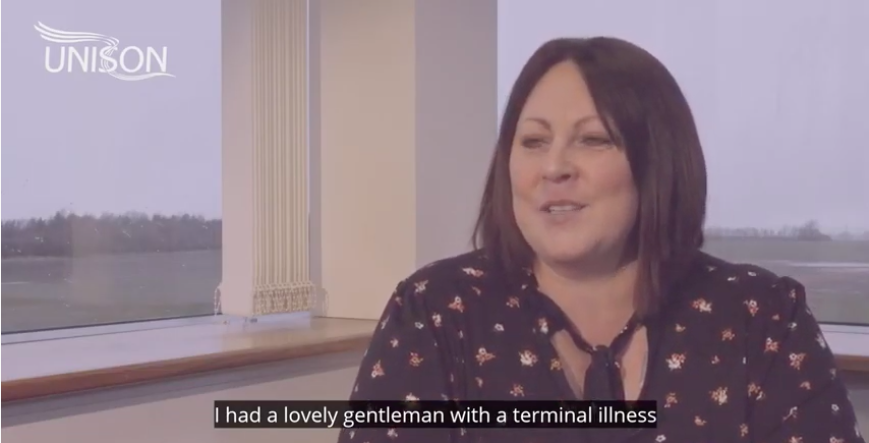 Carol Sinclair, a community care worker for East Lothian Council is a runner up in UNISON’s Local Service Champions awards which celebrate the invaluable contribution local authority staff make to our lives

Carol visits people in their homes who have had a fall and goes over and above. Carol, pictured above, described one of her memories of the job:  “I had a lovely gentleman who had a terminal illness, and he was an artist and had his own studio upstairs.

“It was his dying wish that he wanted to paint his own coffin. It was colourful and it was lovely, and I helped him a couple of times and with support to get upstairs. He was at the end of his life, and still determined to get up. His goal was to get that finished.”

Hundreds of people who provide outstanding care and service to their communities were nominated. Council workers including refuse workers, care assistants, trading standards officers, environmental health inspectors, youth workers, librarians, cleaners, administrators – and so many more – were nominated in the first Local Service Champions awards from UNISON before COVID-19 hit.