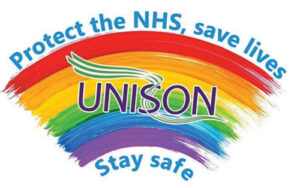 The STUC Black Members Committee has echoed the concerns of UNISON Black Members that Black and minority ethnic communities remain over-represented in the “at-risk” communities identified by the Government, with Black people in the UK over four times more likely to die from the virus than white people.

It has written to the Scottish Government urging urgent action to address health, social and economic inequalities, including to immediately record, analyse, and publish the disaggregated data on the number of Black and ethnic minority (BME) deaths in Scotland that have occurred as a consequence of COVID -19.

It also called on the first minister, at her daily televised briefings, to acknowledge and to condemn the rise of racist rhetoric that has been seen during this pandemic.

The committee has highlighted the health inequalities which are already faced by Black and minority ethnic communities, exacerbated by institutionalised discriminatory practices embedded within the UK and Scottish health systems and which impact on the way in which Black and minority ethnic communities access and receive treatment. Inequalities which have now been starkly exposed by the coronavirus pandemic.

Black and minority ethnic Workers are also employed at a higher rate within the key workers category identified by Government and yet are more likely to be paid less than their white counterparts. They are over-represented in roles and jobs which put them at even greater risk to being exposed to illness and disease.

Chairperson of the STUC Black members committee, Usman Ali said, “We believe it is essential that this data is published but more importantly, we need our governments, our public bodies and agencies and employers to take action to address the endemic inequality as a matter of urgency, now, so that our futures are more secure, equal and fair.”