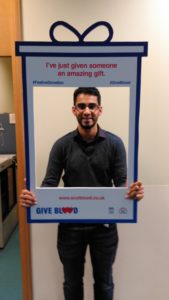 Selected UNISON members employed by Access began industrial action on Thursday the 5th of January following the festive period, in a dispute over the privatisation of their jobs and services they provide.  One of the first actions planned was a delegation to the Glasgow Blood Donation Centre by a group of strikers.  The strikers were keen to give something back while on strike.

“Our members are on strike representing the whole of UNISON’s ACCESS workforce, they have represented their colleagues in a exemplary manner throughout the strike and donating blood together is example of that.”

UNISON believes that this is wrong for a number of reasons including higher long-term costs, loss of control of a key council function, the future impact for social care, schools, home care, financial payments, council tax collection/ benefits and other vital services, and the threat to hundreds of workers’ jobs, wages and conditions.

230 members in ICT took a very successful day of strike on 17 November. The next stage of the industrial action campaign began on Thursday (1 Dec) with 39 members in five sections taking extended strike action over the next six weeks. This selective action has received wide spread support from the entire workforce. 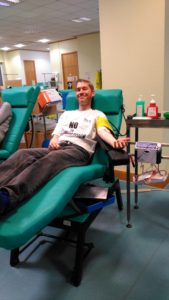