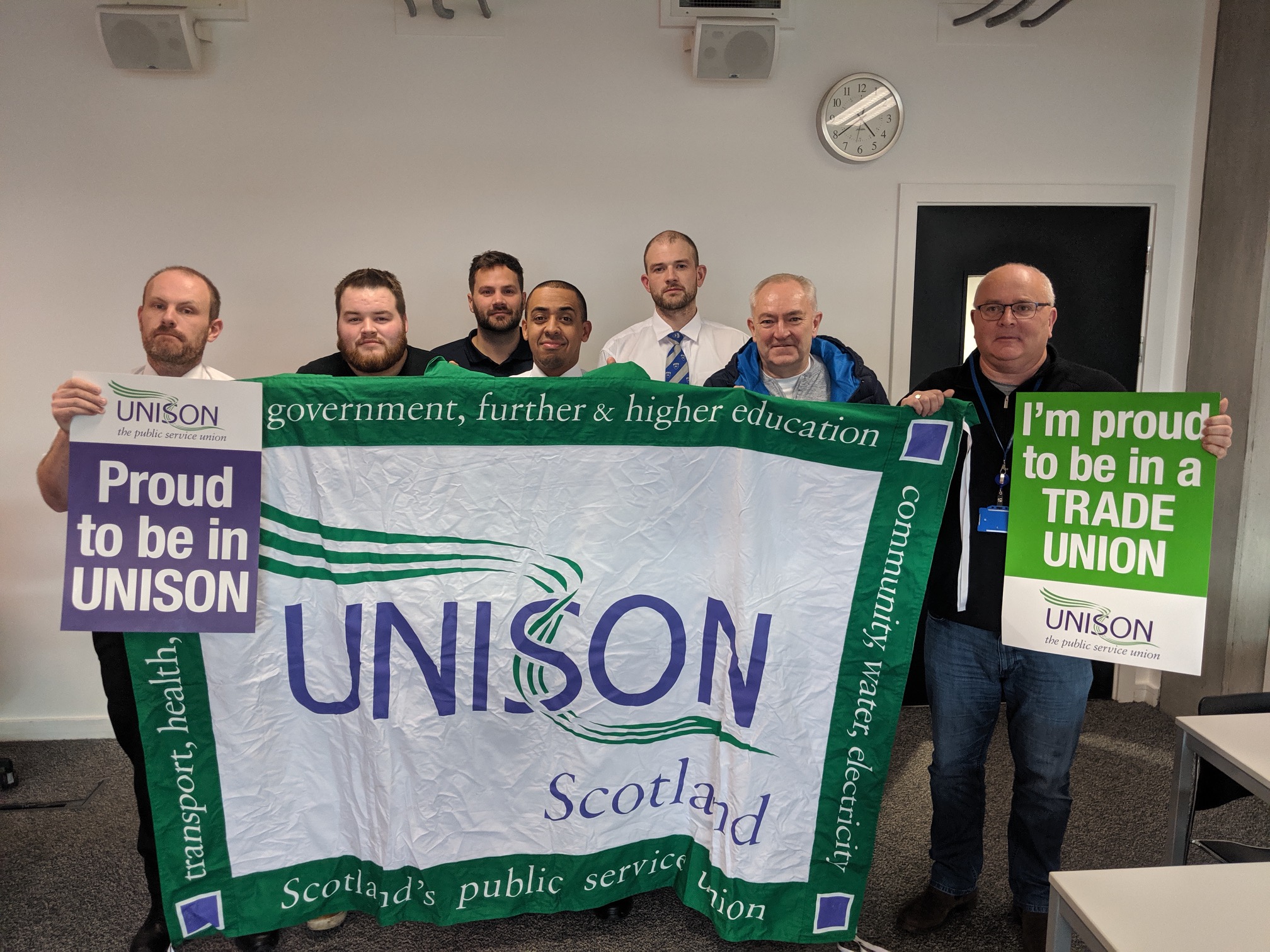 Campus Operations staff at Queen Margaret University are celebrating after an Executive Board decision to keep members in-house. As part of a broader tender exercise, staff had been working under the threat of outsourcing for over a year, and this threat was finally lifted after strike dates were announced for November.

Members had previously voted 100% for strike action on a 75% turnout, and had very valuable support from local UCU, EIS and the QMU students’ union.

“I am delighted that QMU has at last taken the decision to keep these members in-house. With their 100% strike vote and conduct throughout the local campaign, these members have shown commendable resolve and unity in the face of a serious threat to their future job security, pensions and incomes.

Other employers within Scottish Higher Education should also take note: UNISON will not allow further outsourcing of low-paid workers without a similar campaign. Wherever possible, we will also work to bring presently outsourced members back in-house.

Those who clean, guard, shape and feed university campuses are as entitled to quality pensions, sick pay and employment conditions as academics or managers, and UNISON has shown here its ability to organise members to fight on that principle.”