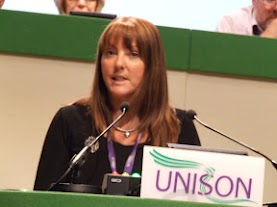 UNISON, Scotland’s biggest union for women, has condemned the police response to the Sarah Everard vigil and says it is vital that women’s voices are heard.

Lilian Macer, UNISON Scotland convener, said: “We mourn Sarah Everard and condemn the heavy-handed police response at the London vigil on Saturday (March 13). Silence and powerlessness go hand-in-hand and it is vital that women’s voices are heard.

“Male violence threatens women in all areas of their lives – our homes, our workplaces and in public places and this must end. We demand safety, we demand equality and we demand the right to be heard.”