The University plans to close the UODSS scheme (a defined benefit scheme) on 31 July 2022 and replace it with a cheaper, inferior defined contribution scheme which looks likely to be the worst Higher Education pension scheme in Scotland. Only staff in grades 1 to 6 are affected by this proposal as staff above grade 6 are in a different scheme (the USS) which is negotiated nationally.

The proposed closure will disproportionately affect low paid women and staff with disabilities. This University’s proposal will leave many staff in pension poverty and will see some losing up to 40% of their pension in retirement.

UNISON Branch Secretary Phil Welsh said today: “Our members are absolutely determined to fight this proposal. UNISON has put forward a number of compromise proposals which would share the risks and costs of future benefits. The University has failed to engage adequately with these proposals. Instead, it has attempted to disarm critics through spin and misdirection. Our members are not fooled by this rhetoric.

Our members have worked to keep the University functioning throughout the pandemic. They want to assist students and do so every day. Any disruption caused is regrettable, but can be laid firmly at the door of the Principal, Iain Gillespie, who has failed to get a grip of this situation.”

Photos from the front line: 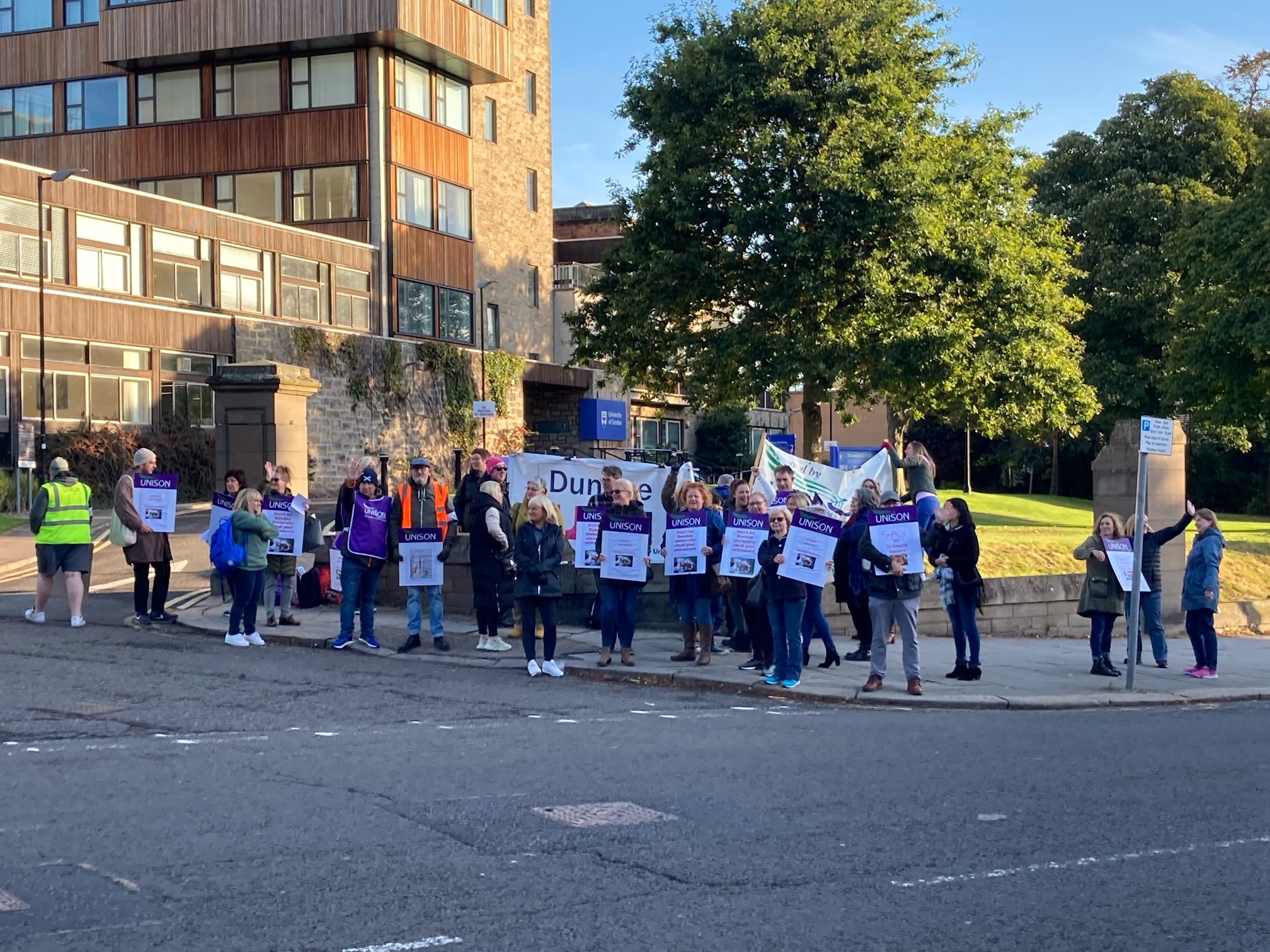 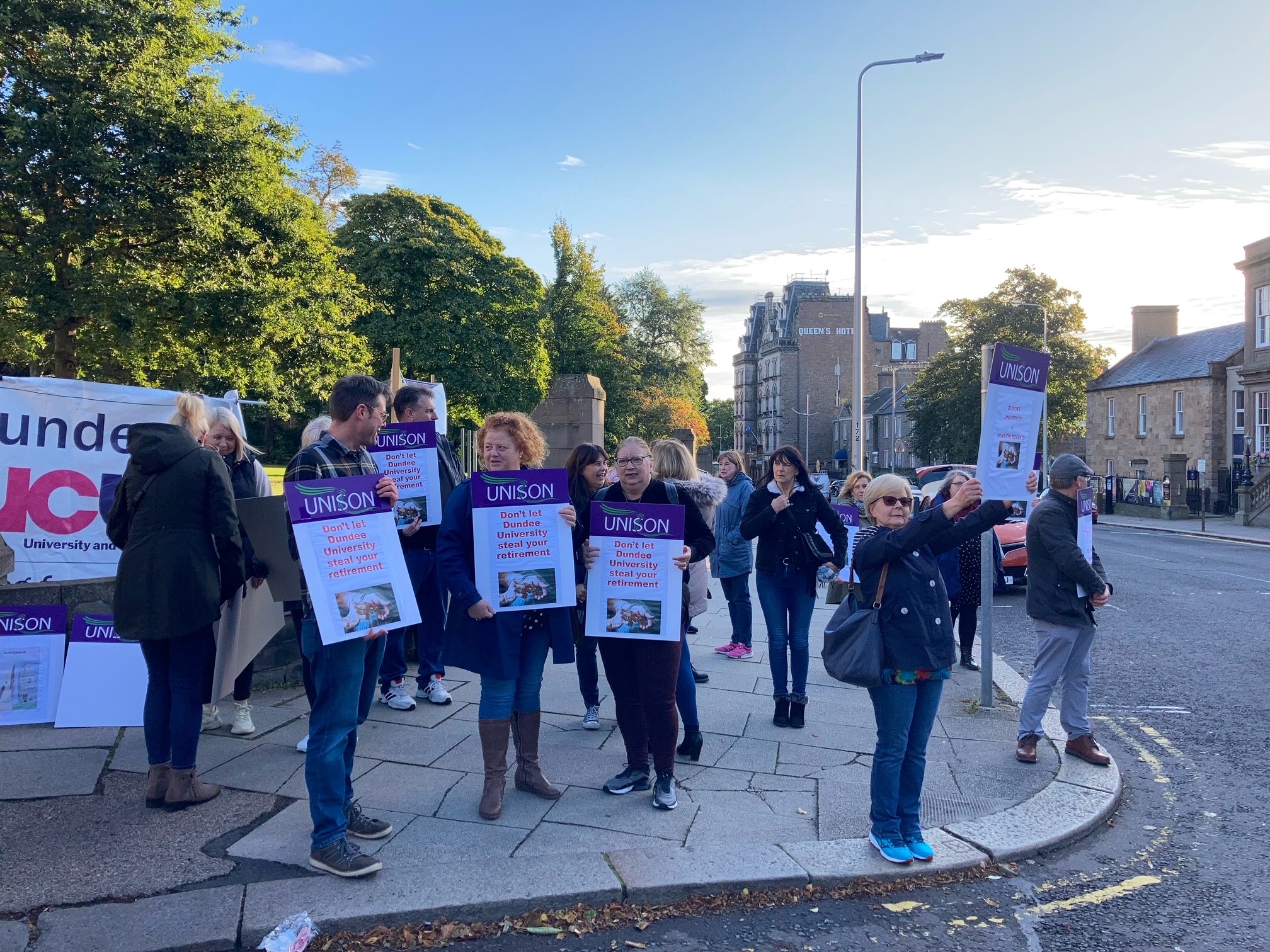 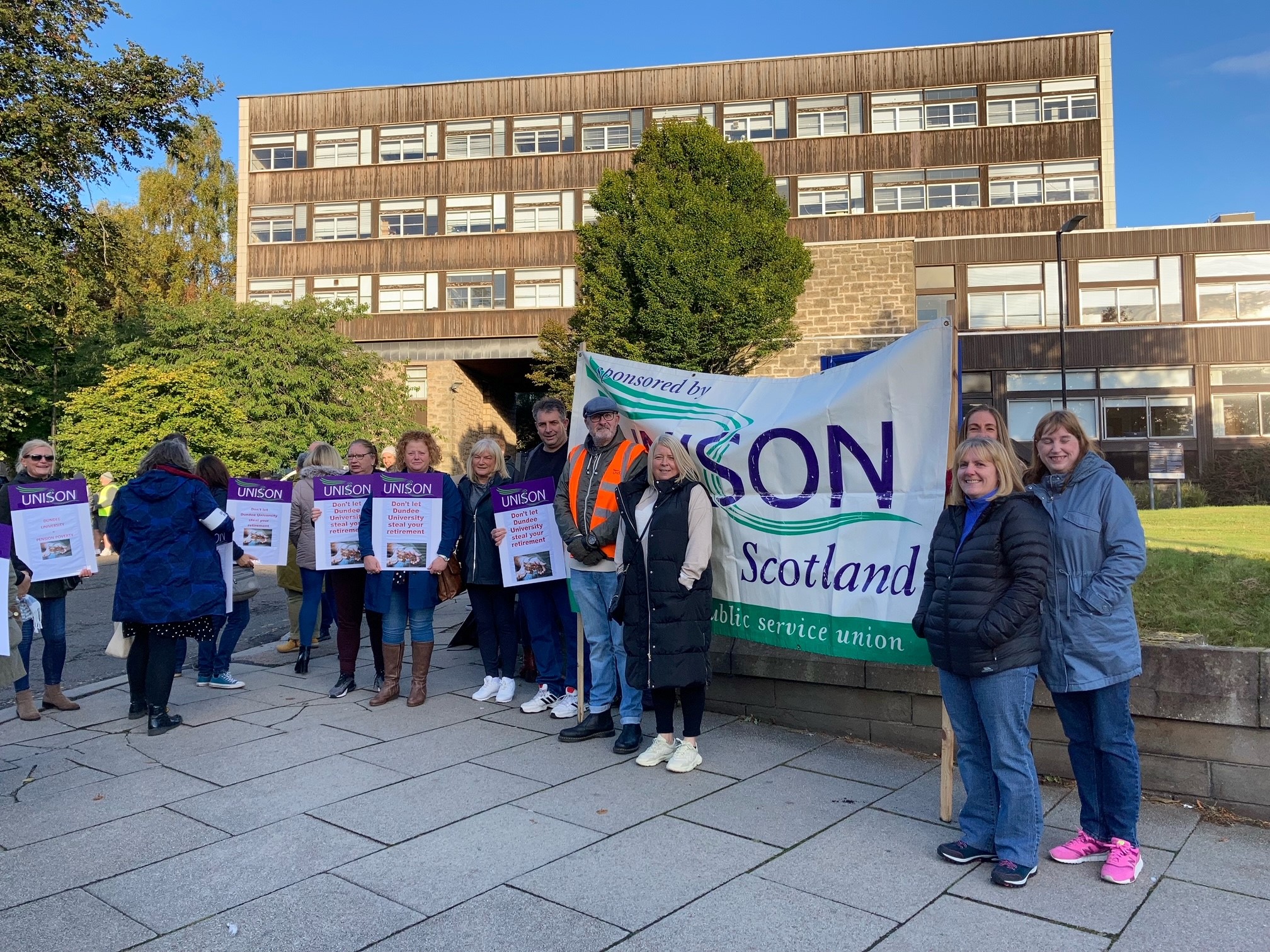 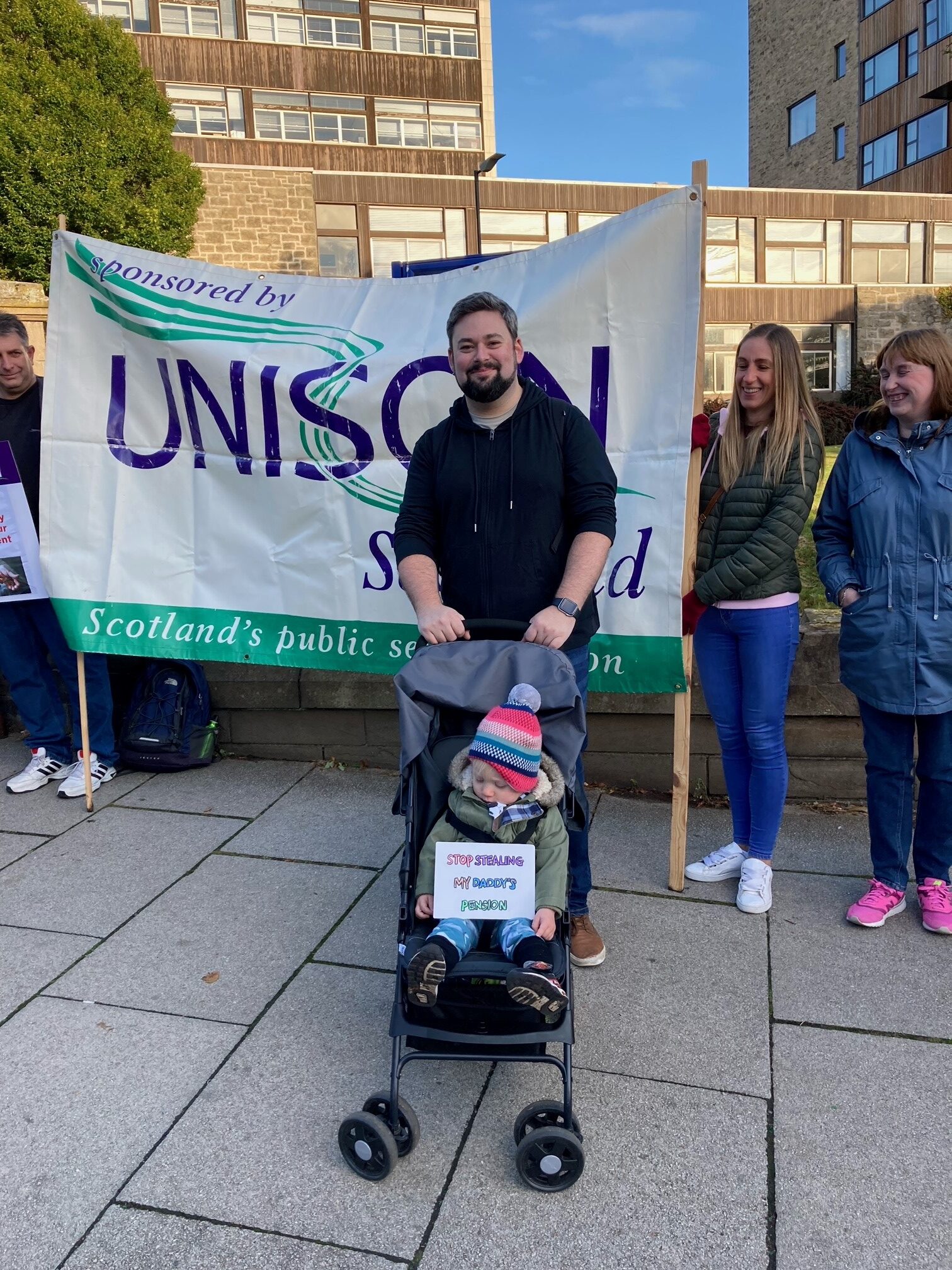 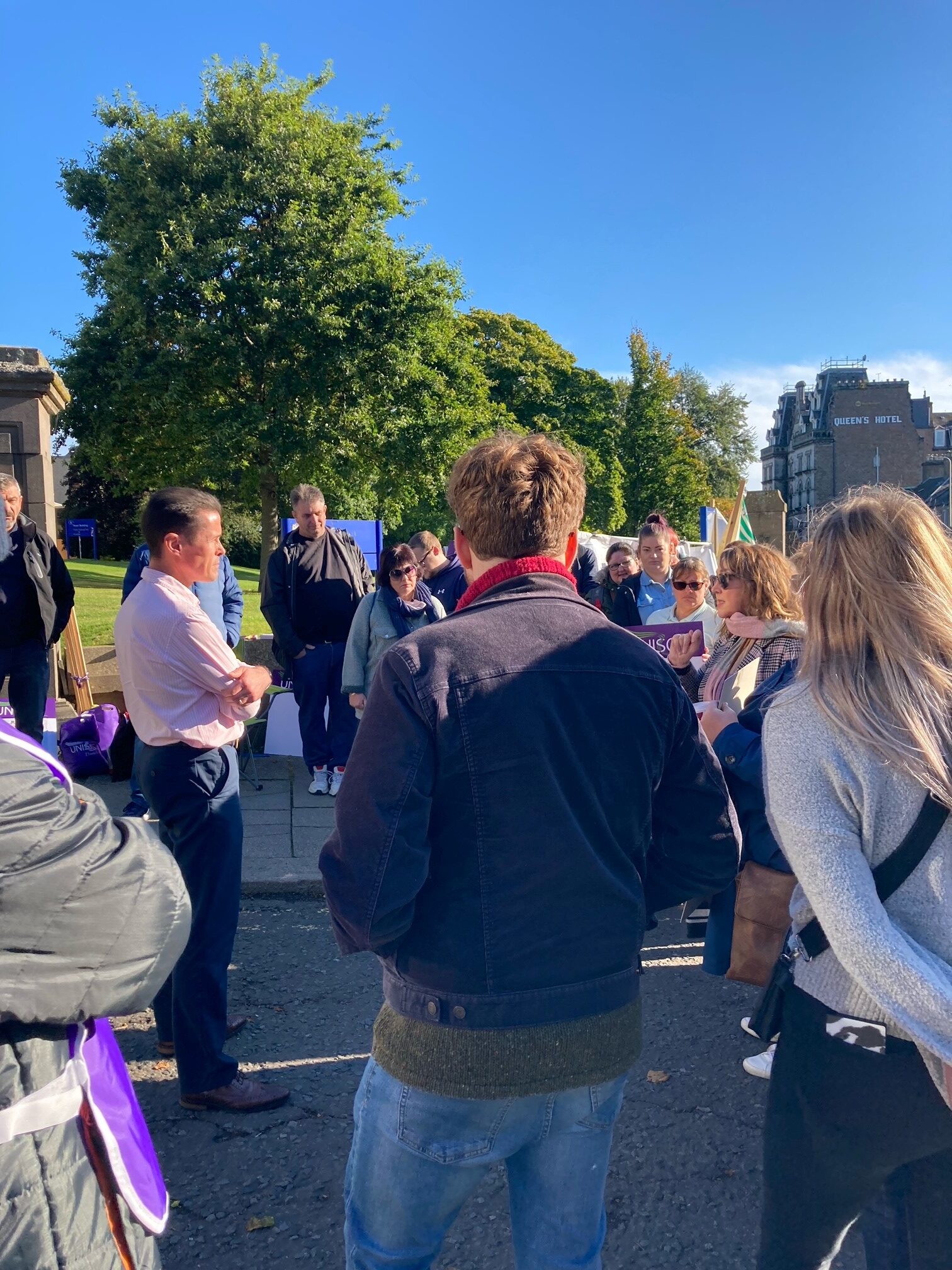 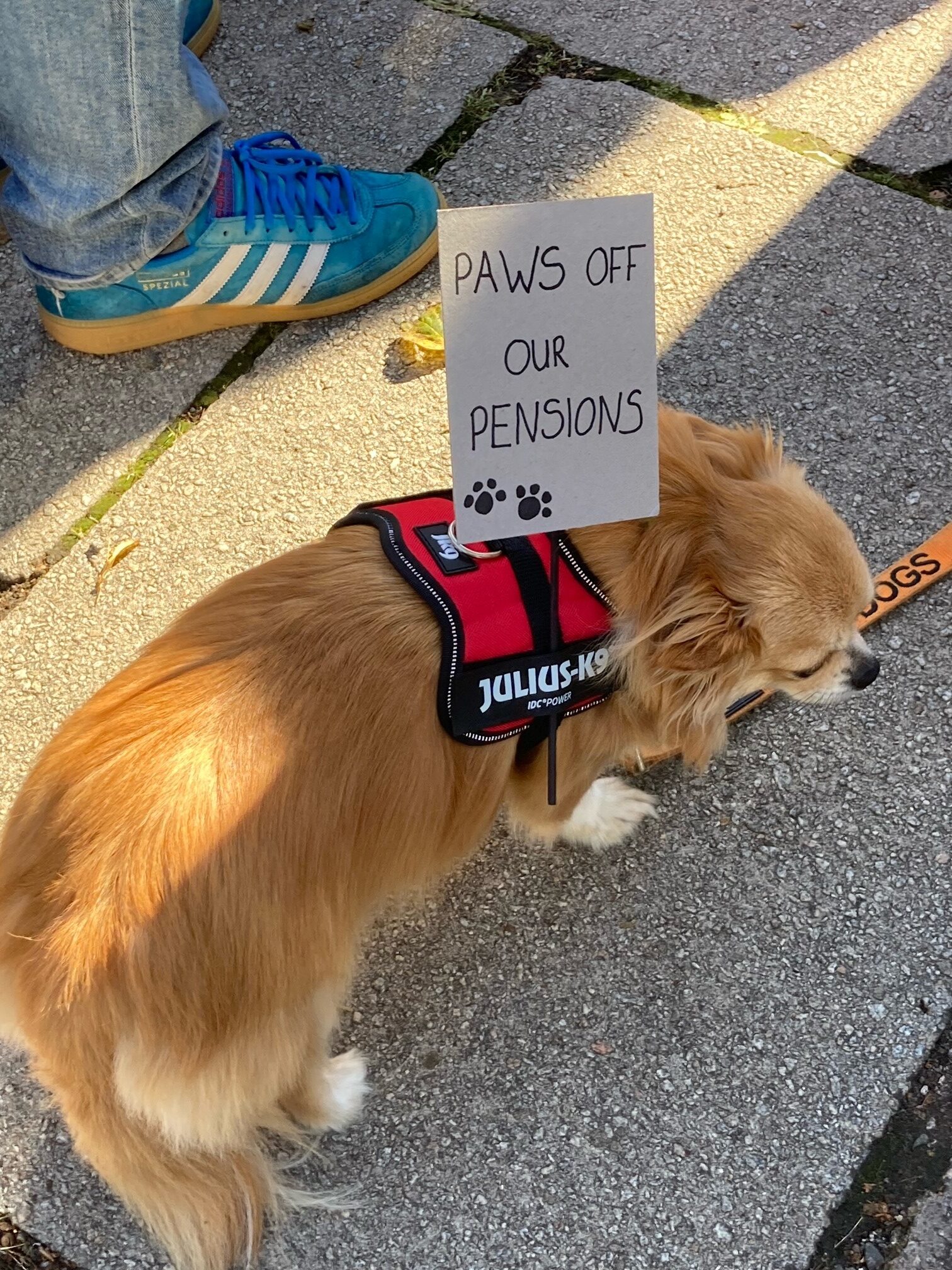 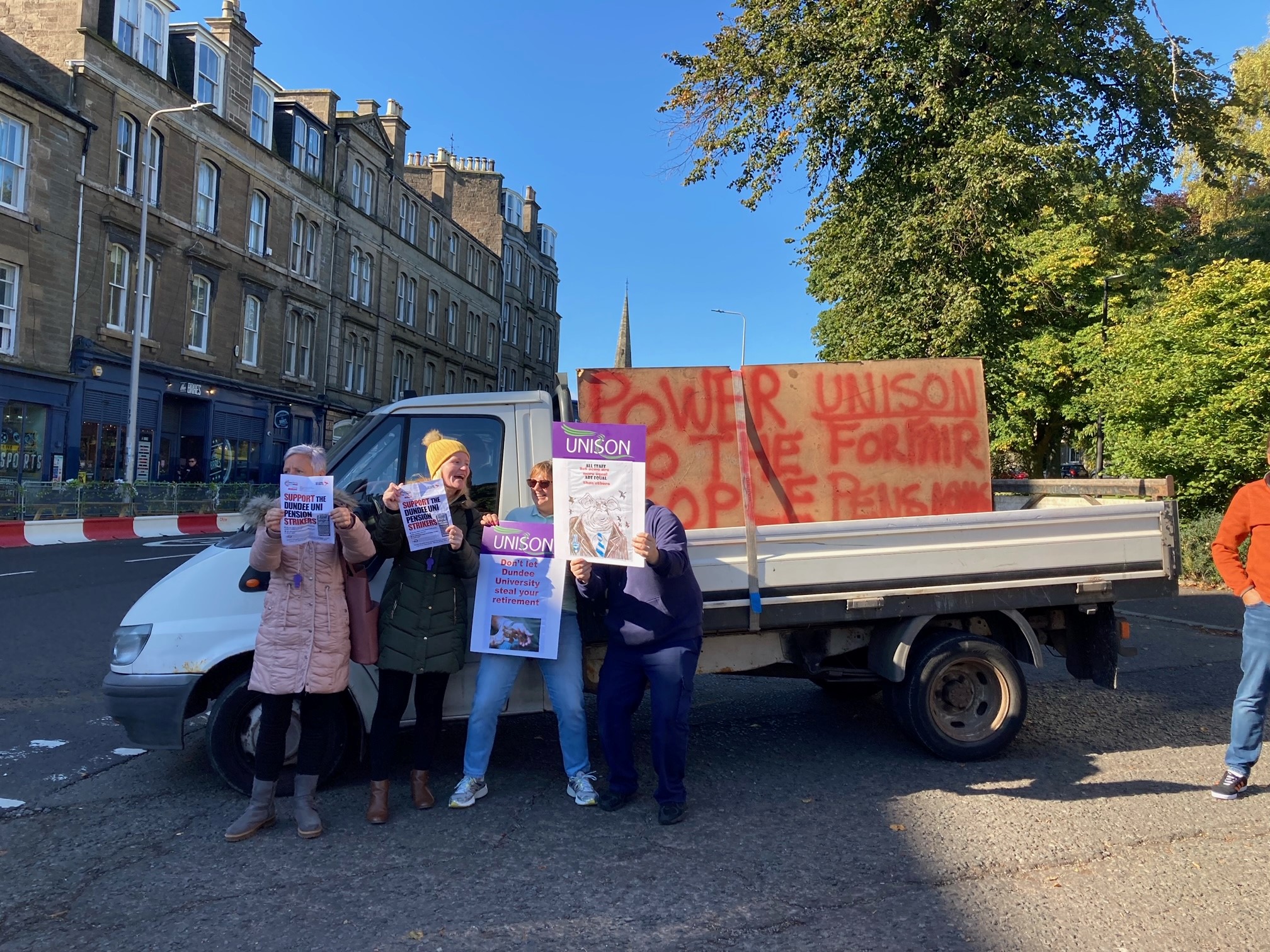