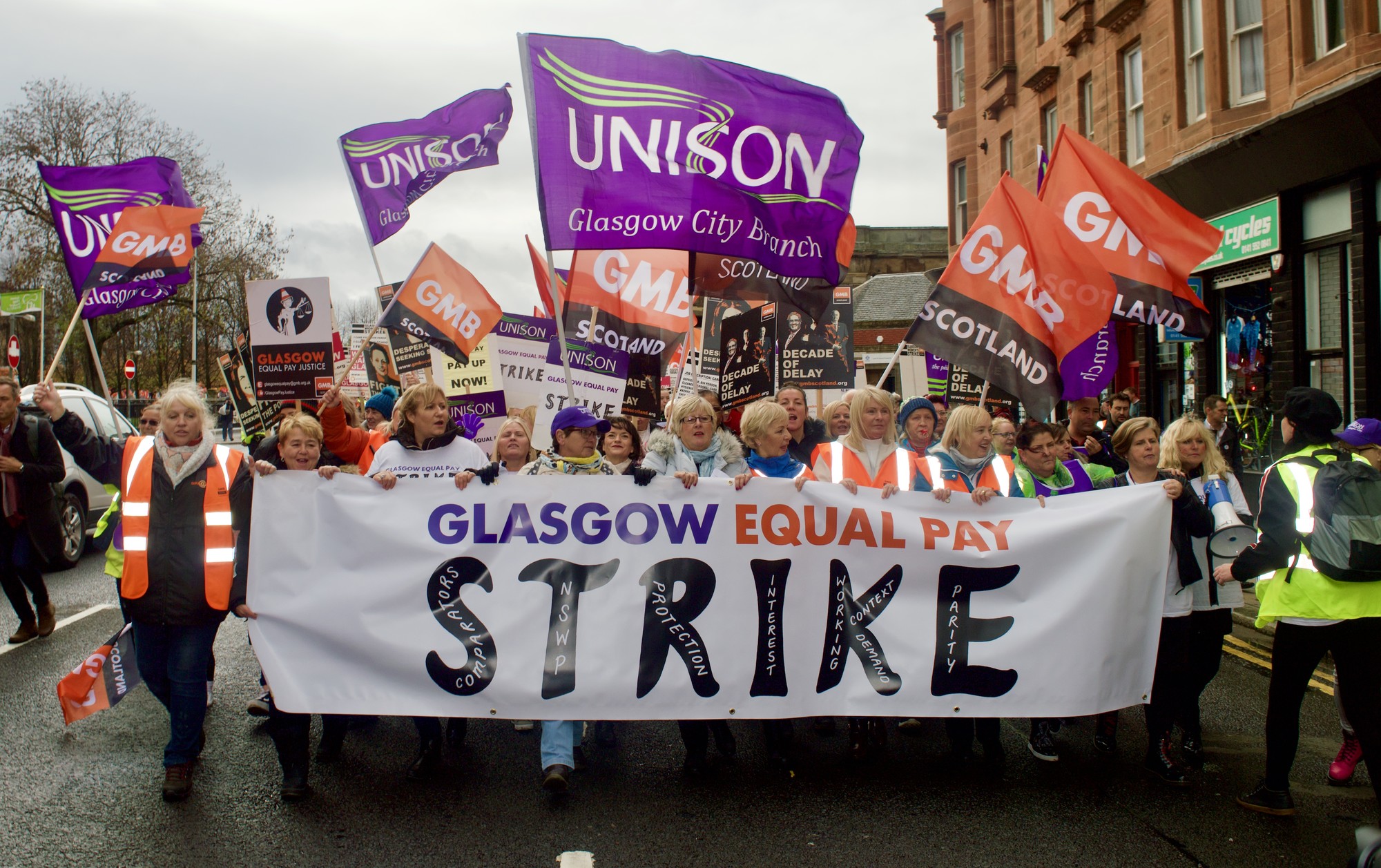 UNISON is proud to say that we have reached an agreement in principle to a package of payments to resolve historical claims for unequal pay with Glasgow City Council.

This agreement finalises the principals and structure of any payout to thousands of women across Glasgow. It is part of an ongoing negotiation. It will still be many months until individual cases are settled.

UNISON, with sister trade unions, led around 8000 mostly women in an equal pay strike last year after they said they were fed-up waiting and were not satisfied with progress of negotiations. Talks have been constructive since the strike. 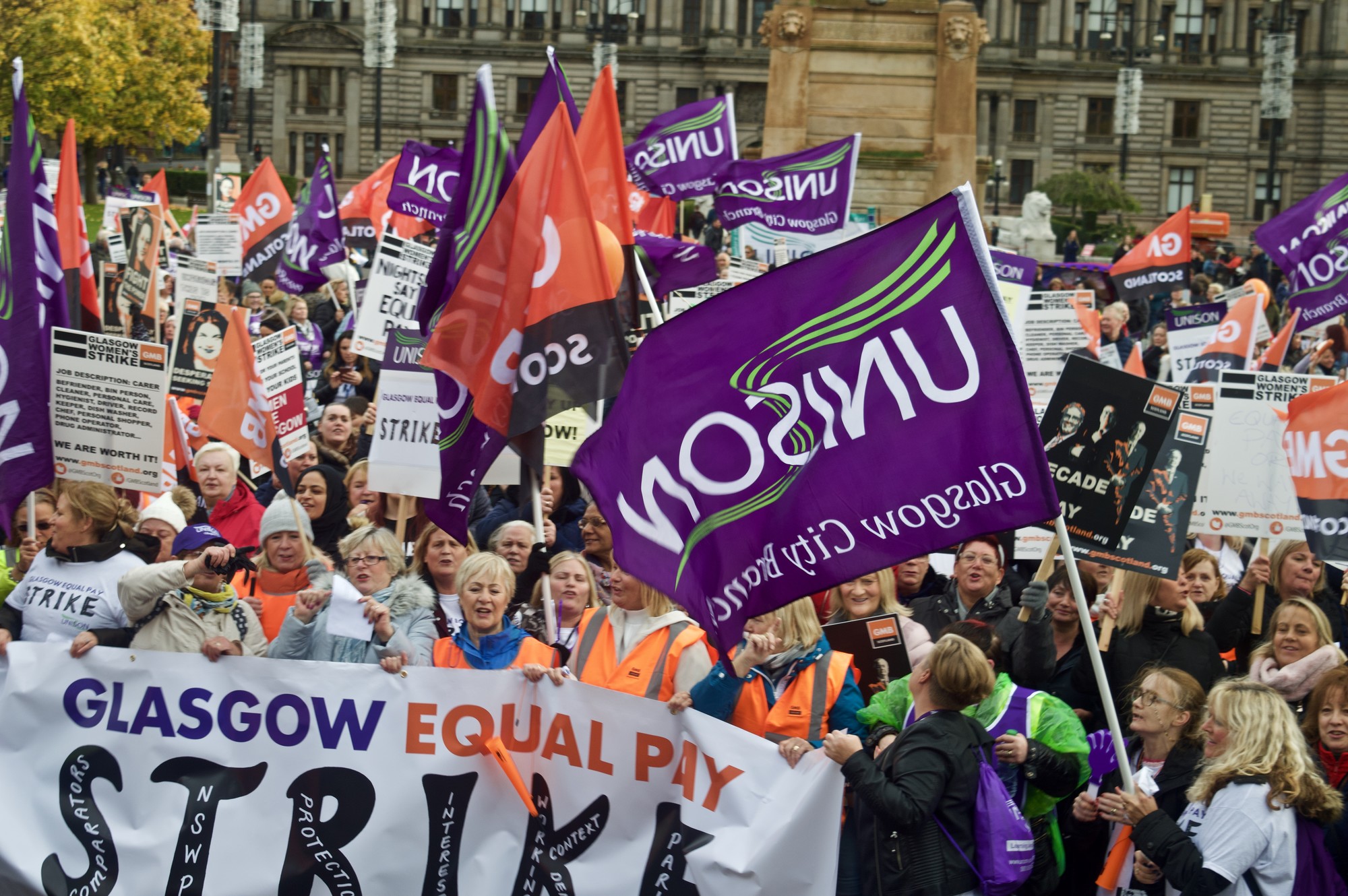 UNISON General Secretary Dave Prentis said: “Women working for Glasgow City Council are a step closer to equal pay. Some have been owed substantial amounts for more than a decade. Having gone to court and been out on strike, it looks like the end is now in sight.”

“Although there may be a few more months to wait before the women finally get their cheques, this is truly a day to celebrate.”

Mike Kirby, Scottish Secretary, said: “This is a proud day for UNISON Scotland. It has been a long march and we could not have done this without the persistence and solidarity of UNISON women claimants and all the support of UNISON members. Women have been on strike, campaigned, organised and taken legal action all to the highest courts. This has been trade unions at their best. One of those days that makes you proud to be in UNISON.

But, I also want to give a word of caution. While we have made great progress today, we still have a lot of work to do. This is just another stage in the process to get justice. Today’s agreement finalises the principles and structure of any payout to the thousands of women across Glasgow. But that means we still have work to do over the coming months to agree detail, approve individual payment plans and calculate settlement figures in thousands of cases. ”

There is still a way to go. A report is being prepared for the City Administration Committee to approve the calculations and payment plan in the coming weeks. We will continue to work with our sister unions and Glasgow City Council to approve arrangements so we can start to calculate individual settlement figures.

But the end is now in sight. This is great day to be in UNISON.