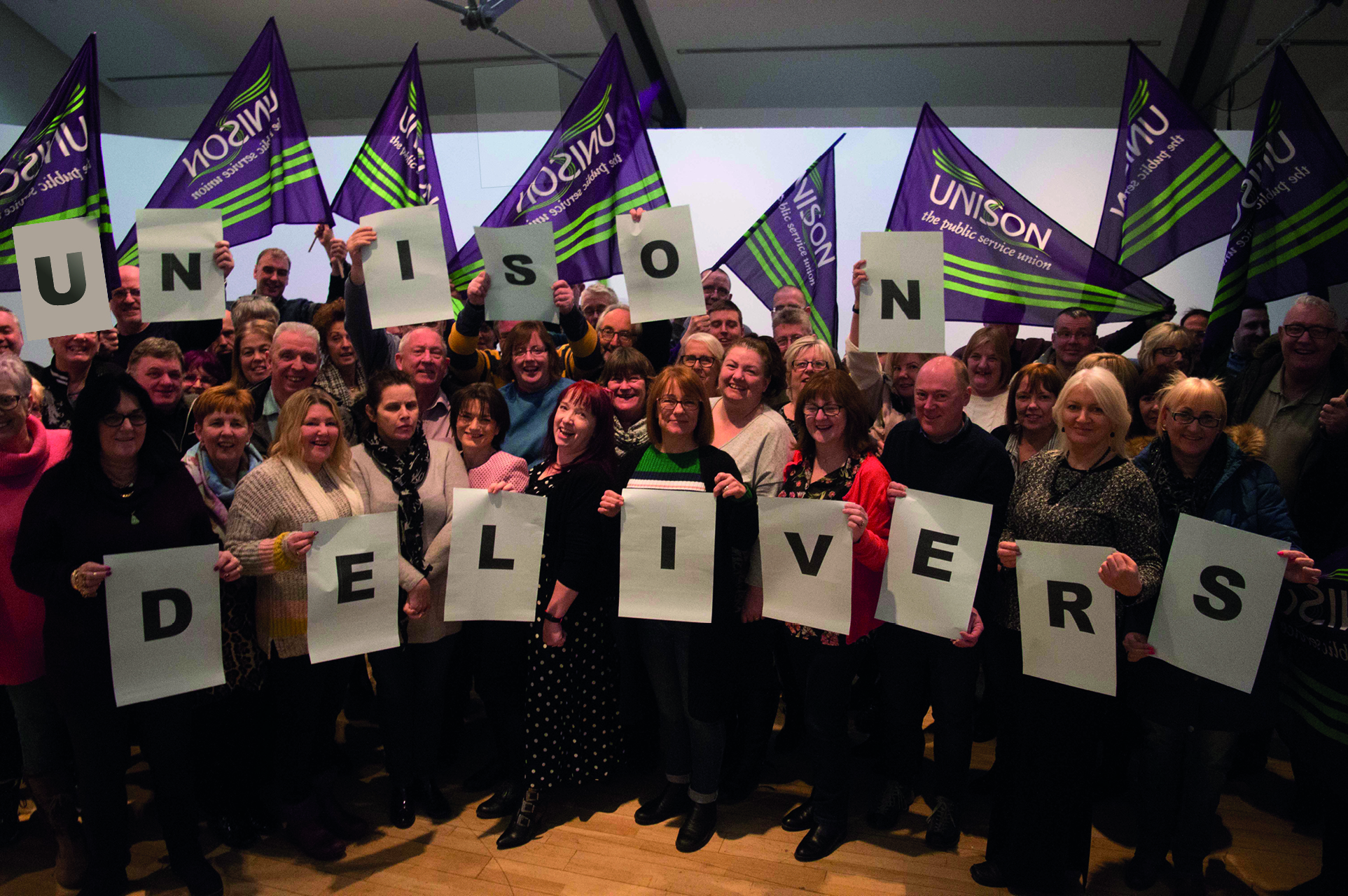 Thank you to all of you who voted in the recent local government pay ballot.

91% of you voted, and in record numbers, to accept the employers offer.   We communicated that to the employer as soon as the ballot concluded.

Since then we have been waiting on the outcome of the two other Scottish Joint Council (SJC) trade unions internal consultations.  The GMB ballot has now also delivered a vote to accept the offer.  The Unite ballot delivered a rejection of the offer.

It was therefore by majority vote on the trade union side at the SJC meeting today, 1st March 2019, that the offer was accepted.

Remember the key elements of the deal are:

COSLA will now write to all councils asking them to process payments.  The award for 2018 will be backdated to the 1 April 2018 application date.  COSLA anticipate that most councils will be able to implement the deal in March salaries – we have asked for details of which councils will not be able to make this implementation timescale and will communicate those details as soon as we have them.

We know that this has been a long and drawn out process and we thank all members for their patient understanding.

Thank you too for all your work during this campaign – it has been your engagement, the campaigning in your workplaces and your lobbying efforts that has meant that by our collective efforts we have secured the best pay deal in local government in a decade.

We know there is more to do and many more issues to tackle in Local Government so we need to maintain that momentum to achieve change in those too.