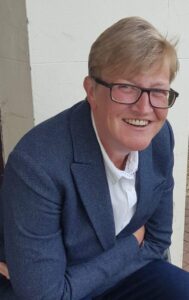 Tracey Dalling takes over from her predecessor Mike Kirby, who retired after decades of service to UNISON. She took up the post this week.

Tracey was most recently Regional Secretary for UNISON’s Greater London region however she has been active in UNISON Scotland since UNISON started in 1993 and in NALGO before that. This follows the recent appointment of UNISON UK’s first female general secretary, Christina McAnea.

Tracey says she is incredibly proud to be heading up Scotland’s largest public services union.  UNISON Scotland represents over 150,000 members, over three quarters of whom are women.

Tracey Dalling, UNISON’s Scottish secretary, said: “I have represented UNISON members in Scotland for many years and I look forward to continuing to do so in my new role.  We may be emerging from the pandemic, but it is the start of another huge period of change as our members are further pressed by pay and pension squeezes with bleak choices on managing household bills.

“UNISON has clear priorities: the crisis in social care and new national care service; investment for local government; the staffing crisis in NHS; fair pay settlements for all public service workers; protecting all our pensions; equal pay; climate change; and a strong voice for all our public services and those that deliver them. I look forward to the challenge ahead.”

Lilian Macer, UNISON Scotland’s convenor, said: “I am looking forward to working together with Tracey. She has huge experience and long history of standing up for public service workers across the country. Together we will take UNISON forward holding employers and the Scottish government to account as we strive to protect and improve Scotland’s public services.”

Tracey left school at 16 before starting work with the Royal Bank of Scotland where she joined the union, BIFU. A few years later, aged 20, she moved to a role in the finance department with Strathclyde Regional Council where she became a workplace steward with the union, NALGO.

Tracey has been an active trade unionist ever since, and was elected to UNISON executive committee in the early 90s. When NALGO merged with Nupe and COHSE to form UNISON in 1993, Tracey took up post as the chair of the first regional and national young members’ committee as well as sitting as a member of the STUC youth committee.

Tracey took up her first trade union employment as a regional organiser with UNISON in 1997, and has worked in various locations including Surrey, Aberdeen and London. She returned to Glasgow in 2005 as UNISON Scotland’s strategic lead for local government campaigns before moving into a managerial role. In recent months, Tracey has been heading up the union’s Greater London region.

Tracey Dalling is the first female Scottish Secretary of UNISON since it was formed in 1993. One of the most powerful union positions in Scotland.

Lilian Macer is UNISON’s Scottish Convenor, the most senior lay position within the union. She has been a trail blazer for women in UNISON and has held the highest elected position in UNISON for over a decade.