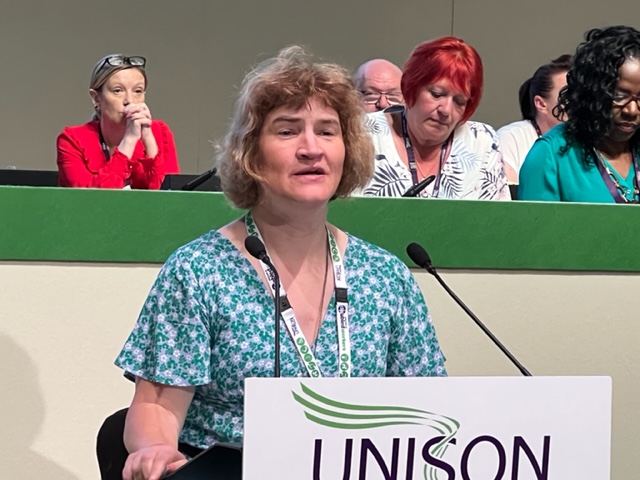 In a key debate at conference in this Year of Disabled Workers, conference backed the call from the National Disabled Members Committee (NDMC) for a full independent review of the Equality Act 2010.

This must involve meaningful consultation with disabled people. It should also consider whether there are other groups, such as carers, who need to be offered additional protection.

Delegates agreed that parts of the Equality Bill that were never implemented should be revisited, reviewed and brought into law and our union will support the TUC campaign to fully implement all Equality Act provisions, including the socioeconomic duty, dual and multiple discrimination and the publication of impact assessments.

It will also campaign for the Disability and Employment Charter to be recognised as the starting point for radically improving the government’s Disability Strategy.

Moving the motion, Kathleen Kennedy, on behalf of NDMC told conference that in the 12 years since the Equality Act was passed, it had made a huge difference for disabled people.

“But after 12 years the world has moved on and it is definitely time for a review.”

She told delegates that UNISON has worked with other organisations on the ground breaking Disability Employment Charter, to which over 100 employers have signed up.

She called on the NEC to work with the NDMC and Labour Link to campaign for an independent review of the Equality Act with real consultation with disabled people and other stakeholders.

“I look forward to a Labour Government delivering on this,” said Kathleen, urging all delegates to go back to their branches and get employers to sign up to the Disability Employment Charter “so we can shame this government to take action.” 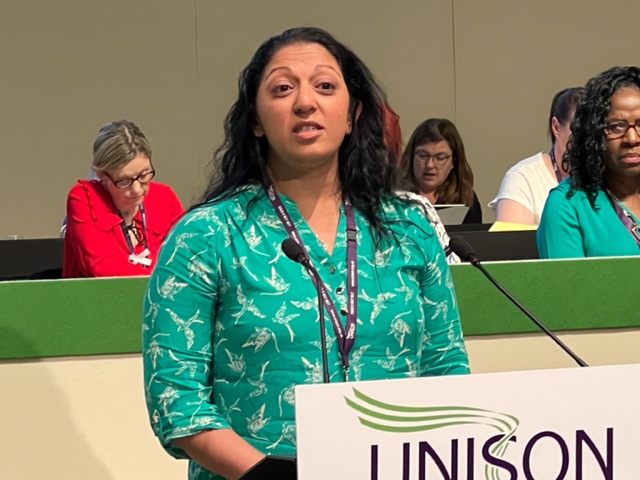 Kay McKerrill from Orkney Islands Council branch, and a solicitor, told conference that the Equality Act has made a difference.

“It has done good, but not nearly enough,” said Kay, pointing to a 2016 investigation of the government under the optional protocol which they signed up to. This found “grave or systematic violations” of rights had taken place. It said this was due to welfare reforms since 2010 “disproportionally and adversely” affecting the rights of people with disabilities, citing in particular changes to Housing Benefit entitlement, eligibility criteria for Personal Independence Payment (PIP) and social care, and the ending of the Independent Living Fund.

“I would urge everyone here not to make the same mistake I did. Do not consider a bit of progress as us being in a good place, don’t let it blind you to the huge progress that still requires to be made.
“Do not allow “grave or systematic violations of rights” of people with disabilities to be our norm.