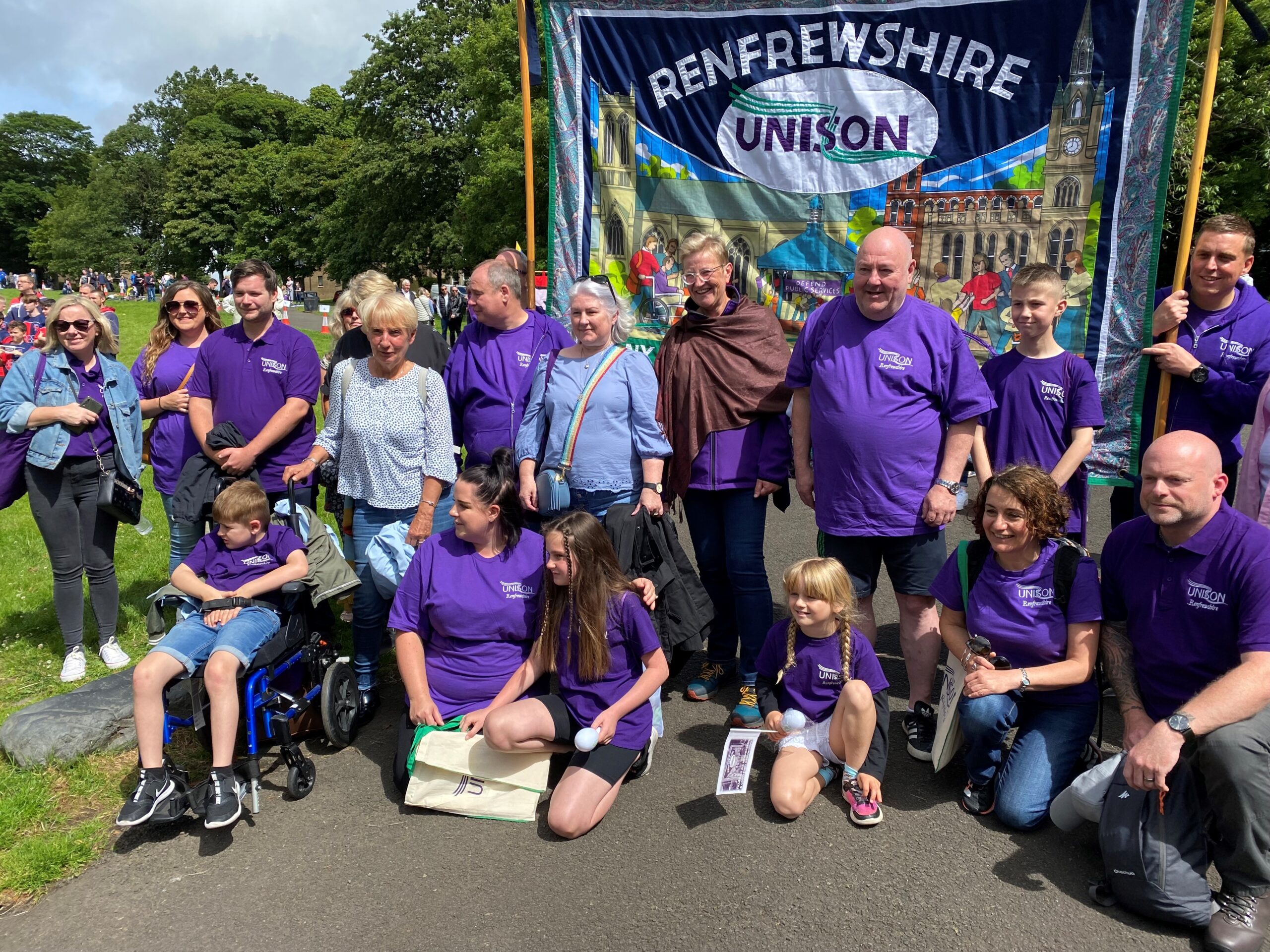 UNISON will again be taking part in this year’s Sma’ Shot Day Parade and Celebrations on Saturday 2 July 2022.

The branch will be joined by Deirdre McDowell and Maureen Maher, nieces of Jane Haining, the only scots woman known to have died at Auschwitz following her missionary work in a Hungarian school. The family will carry a commemorative banner in the Sma’ Shot Day Parade and have the opportunity to meet Provost Lorraine Cameron.

Jane, originally from Dunscore in Dumfries & Galloway, worked at JP Coats thread mill in Paisley for 10 years prior to her missionary work. Further information relating to Jane Haining will be available at the UNISON stall on the day.

UNISON Renfrewshire continues its financial support for this event celebrating Paisley’s proud history of workers’ solidarity in this much community event.

Singer Songwriter, Shaz Martin, will perform at 2.00pm on the main stage including her song ‘Girl’ the Scottish Women’s anthem. This performance is sponsored by UNISON Renfrewshire. 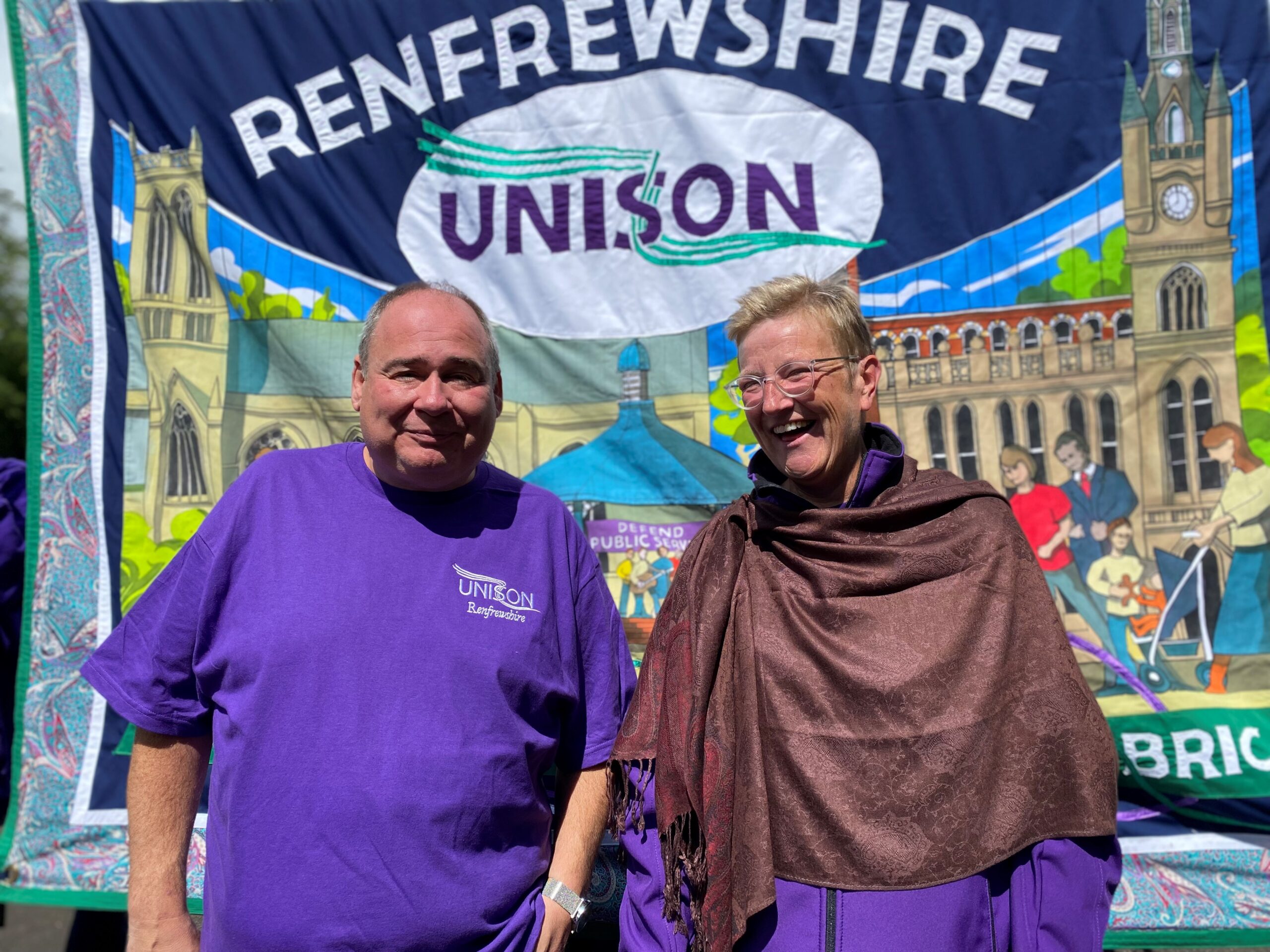 Mark Ferguson, Branch Secretary of UNISON Renfrewshire, said: “This is an important date in Paisley’s calendar commemorating the victory of our local weavers and drawing parallels to the many challenges workers face nowadays.

We also commemorate Jane Haining and raise awareness of her sacrifice and service. I am delighted to be joined at the event by Jane Haining’s family as well as our Scottish Secretary, Tracey Dalling and friends and colleagues from across Scotland.”

Tracey Dalling, UNISON’s Scottish Secretary, said: “I am looking forward to joining the people of Paisley for the celebrations and the commemoration of the landmark victory of the local weavers. I am also proud to join the family of Jane Haining in remembrance of her sacrifice and service.”