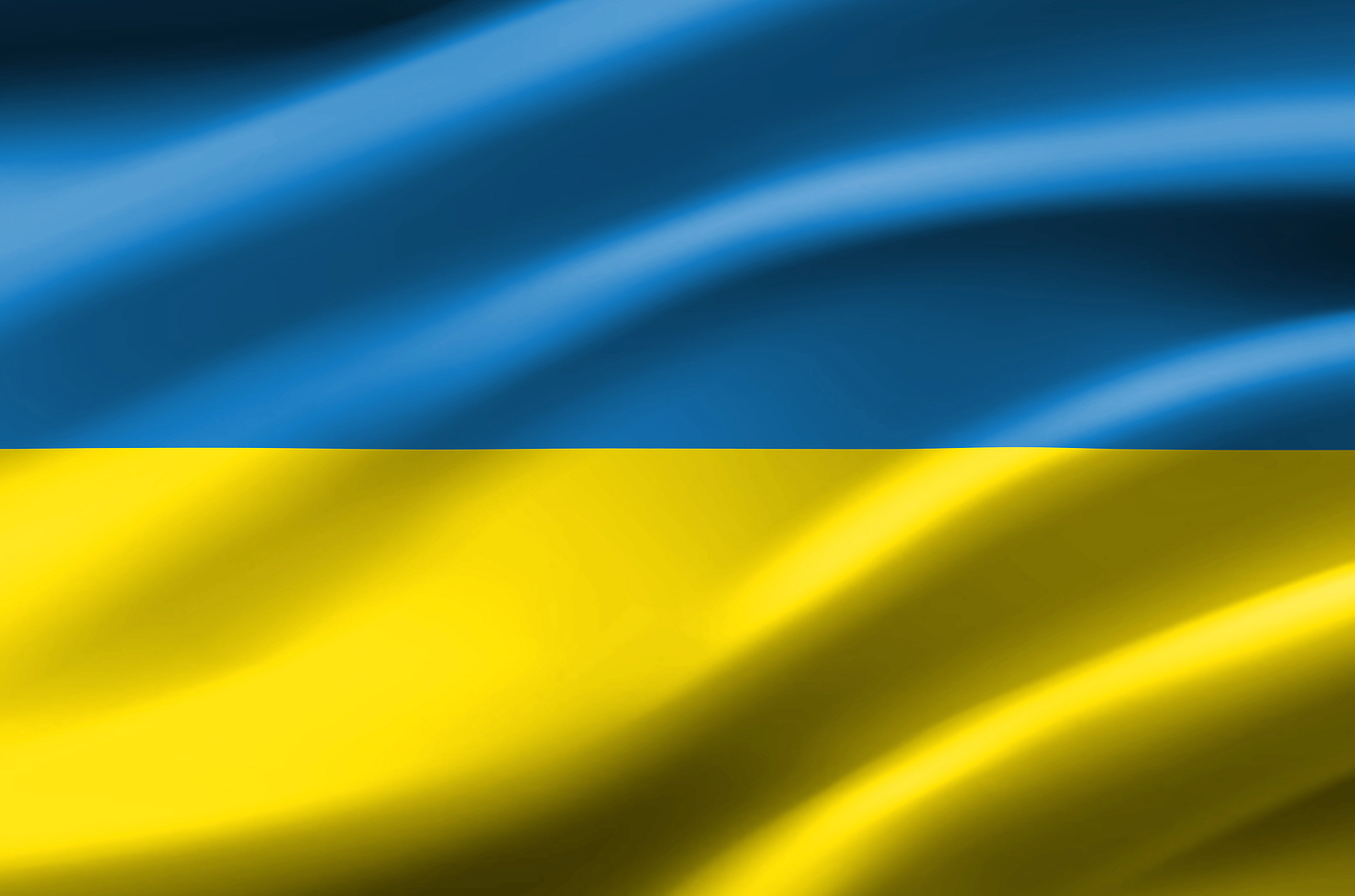 UNISON Scottish Council unreservedly condemn Putin’s invasion of Ukraine and stand in full solidarity with the millions of victims of the attack and call for an immediate cease-fire and a withdrawal of all Russian forces from Ukraine.

Since the night of 24th of February, Ukraine has been under a full-scale attack from the Russia state.  Ukraine is bravely fighting the Russian occupiers, defending their homeland, and protecting the Ukrainian nation. Russian missiles and air strikes are targeted for civil zones. Russian Federation air forces uses cassette and non-controlling bombs. All this leads to destroying of homes, hospitals, and death of civilians. The invasion is ongoing from East, South, and North, with heavy battles continuing in Kyiv. The Ukrainian people urgently need medical supplies and we urge branches to lobby their health boards to support the call from Medical Aid Ukraine.

We can be in no doubt we are witnessing the worst conflict and the most serious refugee crisis on the continent of Europe since the Second World War. Harrowing pictures of desperate mothers, fathers and children that are all too familiar.

We call on all governments to provide safe-haven for all refugees fleeing the conflict – Ukrainians and foreign workers and students. The UK government has a shameful record of creating a hostile environment for refugees, which is now impacting those fleeing the conflict in the Ukraine and must do everything in its powers to welcome and support all refugees from Ukraine and elsewhere as determined under international law.  UNISON Scotland condemns the widely documented racist treatment faced by Black refugees seeking to leave Ukraine.

We send solidarity to all workers and trade union members in Ukraine and in particular to those public sector workers who are trying under extreme circumstances, to provide vital public services.

Council supports sanctions against Russia in response to the invasion, particularly targeted against the Russian oligarchs and supporters of Putin.

This council welcomes the prompt actions by our General Secretary Christina McAnea and welcomes the immediate donation by the union to the ITUC Ukraine appeal and salutes the response by UNISON branches and members both in supporting the ITUC appeal but also the Ukrainian people, which represent the best traditions of international trade union solidarity. 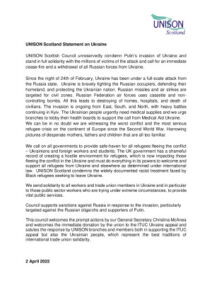