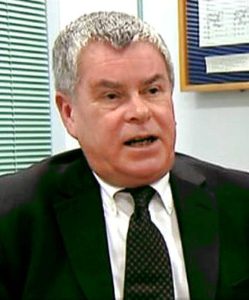 UNISON welcomes the opportunity to contribute to today’s proceedings. Whatever industrial relations differences we may have there will be issues of common cause of a strategic nature and we welcome this engagement, UNISON Scottish secretary told CoSLA on 11 August 2016.

I’ll try to focus on your four areas identified in the paper, but as I will argue, education provision is about more than one occupational grouping, and that there are serious issues about governance, resources, democratic control, wider social and economic policy.

The Delivery Plan
The plan gives a welcome commitment to “a publicly owned and run, comprehensive education system in Scotland – a mutual system, not a market system – which supports every child to achieve.”
So, this is not a market approach with privatised schools on the English model. It is one in which schools will have autonomy, albeit within the context of a strong national policy, backed up by targets and inspection.

Closing the attainment gap
This is practically the only section in the Scottish Government paper where an acknowledgement of the wider educational team is discussed.

The plan talks of the role of attainment advisors and even a Chief Advisor. Classroom Assistants however don’t rate a mention. They have been something of an easy hit in terms of cutbacks in the recent past, with numbers reducing right across Scotland (when coincidentally or not attainment has been falling).

Given that when Mr Swinney spoke to the Parliament’s Education and Skills Committee he noted that the ‘first place value was added was the classroom’.

This is a serious flaw in the plan. Likewise the role of support staff in general, and the necessity for them to be appropriately trained and resourced is not considered.

The part emphasis on early years intervention and investment is welcome although more detail on how this is to be applied would be helpful how the additional hours guarantee will be resourced.

This includes the doubling of early years and childcare hours, although still no real detail on funding and quality of that provision.

That may come when the financial review of early learning and childcare is published in September.
There will be a new induction and training programme for childminders. The role of health visitors in the Universal Pathway is reiterated.

Resources
In schools, there will be a renewed focus on literacy and numeracy at P1-3, backed up by targets, inspection, advisors and a range of national programmes.

As well as an increase to £750m in the School Attainment Challenge fund that ministers can direct. Elements of this and the £100m raised from the Council Tax changes next year will be targeted on schools in the most deprived areas.

It is difficult to argue with the idea of an extra £100m investment in education. Indeed the real question is whether this is a sufficient amount to deliver the Scottish Government ambition.

However the idea that individual councils raise council tax for the Scottish Government to spend elsewhere is not one that can be supported.

This is not to condemn the idea of raising money in say, Milngavie and spending it in Mauchline, but it is not the role of councils to do this.

Local democracy and accountability are important principles and they dictate that the raising of local taxes should be for local services.

The Scottish Government has its own revenue raising mechanisms – and indeed, shortly its own collection agency. They should be put to use rather than asking councils to raise money that will get spent elsewhere on a service they no longer deliver.

Community Empowerment/Governance
A Governance Review will be announced alongside the Programme for Government in September.

This review will examine the system changes required to empower schools, decentralise management and support through the encouragement of school clusters and creation of new educational regions.

Any proposed changes must be considered alongside other developments such as the Community Planning initiatives, the Skills review to name but two.

More responsibilities are to be given to individual schools and possibly removed from local authorities.

There is to be more direct funding of schools (how is undefined) the creation of new relationships between schools (undefined) and regional bodies (Undefined – although Mr Swinney has mentioned Strathclyde Region, which was of course a local authority).

It is impossible to see how this can be done without increasing bureaucracy at school level – head teachers will have more of a business manager role.

Equally how is this to be done without losing economies of scale and the sort of coordination that allows for the joined up provision which local authorities provide is not clear. As it stands this seems a recipe for a resource intense reorganisation with little by way of obvious benefit.

It could be argued of course that clusters and regional bodies will perform these functions, but that merely begs the question as to why reinvent the wheel. The ideas laid out (they lack sufficient detail to merit a description of plan) are strong on parental involvement but say nothing about the wider community interest in a school as a local resource.

While not criticising parental involvement it is important to acknowledge a wider more long term community interest in schools.

This more strategic role and the level of wider accountability is one which is currently played by local authorities, there is no indication in the delivery plan as to how it could be sustained in any new structure.

In Conclusion
The primary aim of the Education Delivery Plan in reducing the attainment gap will be broadly welcomed.

It is important to emphasise, as set out in UNISON’s submissions, that the education system alone cannot close this gap. It is reflective of wider inequality in our society that can only be addressed by cross-cutting government action on income, taxation and strong public services.

For UNISON members the absence of any recognition of the wider education team is very disappointing.

While we welcome the focus on early years, childminding is not the quality early years provision that is required to make a difference in supporting children in the vital early years.

The structural changes will be the subject of further consultation, but the direction of travel is clear.

It proposes centralising the education role of local authorities to new regions with more central government direction. How these new regions will be constituted will be important for issues like VAT exemptions and the employer role.

Equally important, will be clarity on the freedoms schools will have over devolved budgets, including the deployment of staff.

Many of the ambitions outlined in the plan are to be welcomed. However given this is a document meant to outline a strategy for delivery, there are many details which might be reasonably expected to be present missing.

See UNISON Scotland’s briefing on the Education Plan at https://unison-scotland.org/briefing-078-policy-education-delivery-plan-july-2016/