Scotland’s Jane Carolan, chair of UNISON’s key National Policy Committee, is standing down at the end of Conference after 30 years in the leadership of the union.

The journey to UNISON NEC member and member of the TUC General Council and its ruling Executive Committee, started in the 1980s in the Glasgow District branch of Nalgo.

As an Equalities Housing Adviser and young activist, her qualities were soon spotted by the political giants of the union at the time.

Past presidents Norrie Steel and John McFadden (who taught her ‘it is OK to be nervous when you are public speaking’), along with Andy Sweeney, told Jane she needed to stand for top office. 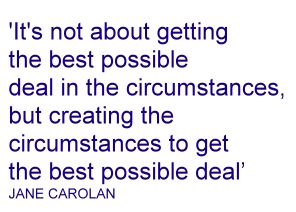 “I also learned discipline and organisation”, said Jane. Nobody is bigger than the union and the only real strength we have is collectivism

Passionate about equalities at a time when it was an uphill struggle, Jane was elected to Nalgo’s National Women’s Committee in the mid 1980s.

She was then elected to the National Local Government Committee, the lead negotiating body, soon rising to be the chair.

When UNISON came along in 1993, Jane and Dougie Black were elected to the new Local Government Service Group Executive. Dougie recalled recently that: “Jane was one of the brightest people in the union”.

In 1997 Jane herself was elected to the NEC and became chair of the influential Policy Committee.

By 2003 she was a member of the TUC General Council and its Executive Committee.

You need to push Jane to get any sense of pride in her achievements. Personal recognition is not something she has ever craved. For her it was about following her political beliefs, standing up for equalities, raising working class consciousness. It was just what you did.

But she did take some pride in the fact that some women had told her: “You’ve made it alright to be a woman in a leadership position.” That says a lot about her achievements in those days.

When you talk to her, the agenda always comes back to organising.

We hear a lot about the full time/ lay officer tension, but what was it like in 1989 when we were winning things like an 8.8% rise, weighted towards the low paid – almost unbelievable these days – after a national local government strike?

“I think we were more of a team. You didn’t see it as full time and lay officers and there was no expectation that the full time officers would lead.

“Committees don’t make lay leadership, but working together with everyone having a hand and a role in developing the objective, does. We’d develop a plan, stick to it and everyone knew what part they were supposed to play”, Jane explained.

Politics affect all of our lives

Jane regrets that the union is not so political these days. “At Scottish meetings we would have passionate political exchanges, votes on policy and strategy. Not personal politics though. We’d have a pint together afterwards.”

Mind you, the long-standing rivalry between the Glasgow and Strathclyde branches got to such a level that they had to organise a ‘reconciliation social’.

“I think there is not the appreciation these days that all we do in a trade union is and should be political. Politics affects all parts of our lives”, said Jane.

But when so many people say they don’t see politics as relevant, what do we do about it?

“Dare I say we need to do something about class consciousness?” asked Jane.

“We need to educate new stewards that organising is not just about recruiting, it is as much about understanding politics and organising in the workplace.”

“There’s almost too much focus on keeping members happy when sometimes it should be about making them angry – that’s what will get them to take action at the end of the day.

When asked about significant achievements over the last 30 years, Jane was absolutely clear: “Getting equal pay in Local Government and in the Health Service. We don’t blow our trumpet enough about it. And founding the new union of UNISON on a firm equality agenda.”

Who were the significant figures for Jane in the wider movement over the years?

“I had a lot of time for Tam Dalyell”, she said and also singled out the late RMT leader Bob Crow. “Bob and I had lots of fights but we could have constructive comradely fights – that’s what was good about it.”

Jane has long been a strong internationalist involved in the Chile, Nicaragua, and Palestine solidarity movements. “It is important to have a wider perspective”, she stressed.

Top of her international inspirations is Denis Goldberg who served 22 years in prison for fighting apartheid and became a friend and comrade.

She also singled out meeting a general secretary of the CCOO union in Andalucía. His father was executed by Franco, he went into exile and then he spirited back into the country to resist.

“When you hear such a history, it isn’t something you read somewhere in a book – it is part of their family. That brings a stark reality to it.”

Advice for the future?

Jane’s ‘retirement’ will include activism in CND (‘it’s in my blood’), being a director of Women Against State Pension Inequality (WASPI), ‘stuff’ for the Institute of Employment Rights, being a Children’s Panel Member and getting back to writing.

So does Jane have any advice for the future?

Her head throws back and that guffaw of a giggle takes over (one that has got her into trouble before when I have made a quip in her ear during formal proceedings).

“Organise!”, she said. “Get back to the broad trade union principles. Single issue campaigns have their place. But whether low pay, benefit cuts or child poverty, they all have significant political reasons behind them that we need to understand and communicate to our members.”

Jane Carolan has always been true to herself, consistent in the convictions she holds and accountable to the members she serves. She is a tireless campaigner for socialism and feminism.

She has never been afraid to take responsibility and articulate the difficult issues. You will never be in any doubt about her views on a subject but you will always be able to debate it with her.

There’s not many like her left and UNISON will be the poorer without her.

With Jane Carolan and Naomi Junnor standing down this year and Gordon McKay elected to the UK Healthcare seat, members in Scotland re-elected Davena Rankin (Glasgow Caledonian University) and Maggie Cook (Falkirk – unopposed) and elected for the first time, Kate Ramsden (Aberdeenshire), Stephen Smellie (South Lanarkshire) and Jim McFarlane (Dundee). They will take up post at the end of Conference.