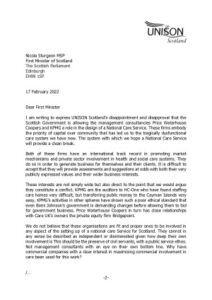 UNISON Scotland convener, Lilian Macer, has written to the First Minister Nicola Sturgeon, to request that she rescind contracts awarded to Price Waterhouse Cooper (PwC) and KPMG that gives them a role in designing a new National Care Service.

UNISON believes that PwC and KPMG are not independent or disinterested parties and the letter spells out how their involvement with private capital in care homes.

UNISON also express ‘disappointment and disapproval’ that the Scottish Government is allowing these private management consultancies a role in the design of a National Care Service and says both these companies have an international record in promoting market mechanisms and that constitutes a conflict of interest. 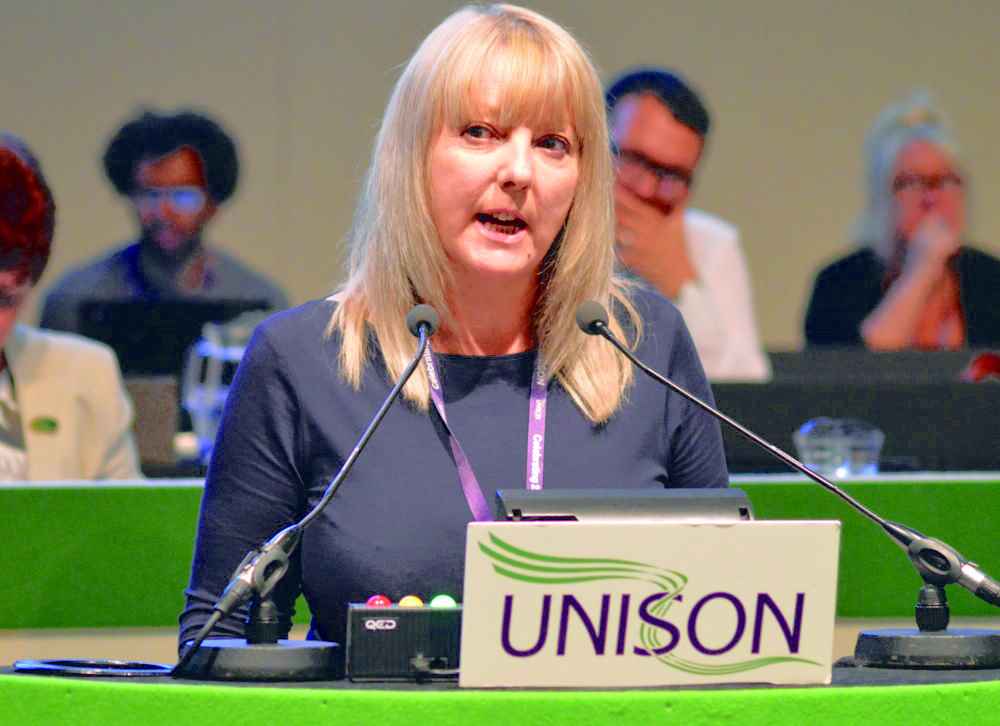 “In allowing these rapacious businesses a role the Scottish Government is failing those who need and those who are currently struggling to deliver care. We would request that the Scottish Government rescind these contracts in order that the people of Scotland can have confidence that their National Care Service is being designed by public servants for the public good – not private interests for private gain.”