North Lanarkshire Council has announced that it will not privatise hundreds of home support workers jobs. The announcement comes after UNISON North Lanarkshire members mobilised a huge campaign to oppose privatisation of vital council services. 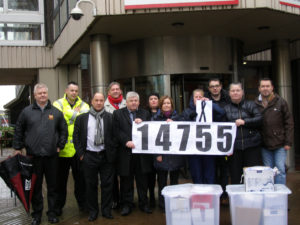 Marie Quigley, Branch Secretary for UNISON’s North Lanarkshire Branch said: “UNISON are pleased to hear that proposals are now off the table. This is a massive victory for our home support members who tirelessly campaigned for the council to reject the privatisation plans.”

“The home support service in North Lanarkshire provides vital care to people in our communities and has been lauded as one of the best in Scotland. There was massive public support for out campaign and we want to thank everyone who took time to share their views with the council.”

UNISON members collected thousands of petition letters from members of the public protesting the prospect of this vital service being hived off to private companies. 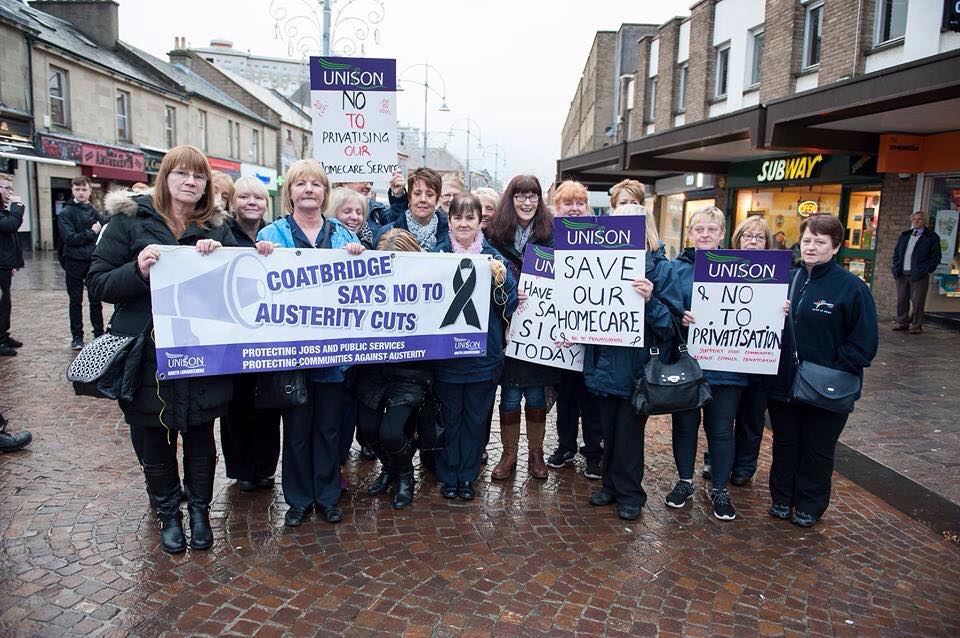