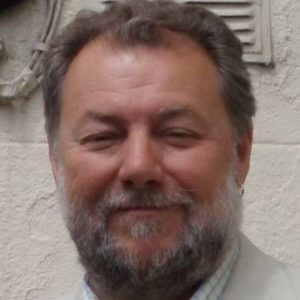 Tributes have been paid to Chris Bartter a lifelong trade unionist, freedom of information campaigner and blogger, after he died suddenly on Saturday.

Mr Bartter, who lived in Glasgow, with Doreen, his partner of 40 years, was Scotland communications officer for the union Unison for two decades, a post he held until his retirement in 2010.

Prior to that he had served as a lay secretary for Nalgo in Scotland and branch secretary of Nalgo in Glasgow.

Over the years he was involved in a plethora of campaigns for socialism and social justice, helping to organise annual May Day events such as the Glasgow May Day Cabaret,was responsible for the Glasgow Havana Film Festival and earlier this month helped launch a fundraising campaign to erect a statue to Nelson Mandela in the city Place of the same name.

He was chair of the late lamented 7:84 Theatre company and was a dedicated freedom of information campaigner.

Mike J Kirby, Unison Scottish Secretary, described Mr Bartter as a tireless champion of public services, who had been instrumental in the revival of workers’ May Day celebrations in Scotland and had been actively promoting the forthcoming Latin American Film Festival at the time of his death.
He said: “Chris Bartter was a pivotal figure in the trade union and Labour movement, the arts and communications throughout Scotland.
“At the core of his work was his commitment to the arts and communications, as leisure and entertainment, and as a medium for a political message.
“His campaigning skills and most of all his jovial character and robust laughter will be missed greatly.”

At the weekend, the office of Scotland’s Information Commissioner tweeted: “Very sad news about Chris Bartter, a champion of FOI in Scotland. Our thoughts are with his family and friends. We’ll miss him.”

An Englishman by birth, he became very much an adopted Scot, although he remained a passionate Tottenham Hotspur fan. His political passions saw him campaigning in support of the left-wing candidate Richard Leonard for the leadership of the Scottish Party, at the time of his death.

Richard Leonard MSP said: “This is such shocking news for so many of us who worked with Chris right across the labour and trades union movement.

“His contribution and his generosity like his personality were immense. He was widely respected and admired and always held in great affection. His sudden passing leaves a huge and irreplaceable void. My deepest sympathy goes out to Doreen and the family.”

Commenting on Facebook, Coatbridge MP Hugh Gaffney said: “Chris Bartter was a giant in every way and helped many people in our trade union movement. My memory will be his big smile and encouragement. We have lost a good man.”

Chris is survived by Doreen, and his sister, Vanessa.

UNISON Scotland’s thoughts are with Doreen, Chris’s family and his huge army of friends.